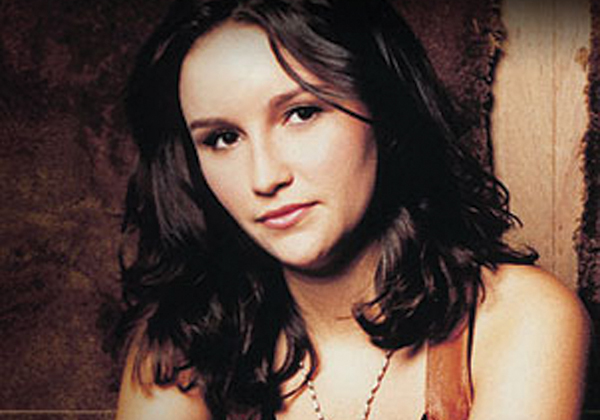 Country music singer and Coffeeville native Ashton Shepherd will be the grand marshal of this year’s Christmas on the River festival. -- www.ashtonshepherd.com

Ashton Shepherd is pretty familiar with Demopolis. She grew up in Coffeeville. Her brother, Scott, was a disc jockey at a local radio station for years. And she would tag a long with him on remotes from time to time.
Scott has since moved on to host a morning radio show in Tuscaloosa. Ashton? Well she’s made quite a name for herself, too. In Nashville.
She is barely two years removed from watching her debut album, “Sounds So Good”, rocket to No. 16 on Billboard’s Top Country Album list.
Her debut single, “Takin’ Off This Pain,” was released in September 2007, the same month in which she made her debut. The single reached No. 20 on Billboard’s County Music Charts, while the follow-up single, “Sounds So Good,” landed at No. 21.
“It’s all just so funny to me,” she said of her success. “You just never imagine something like this happening to you, especially from a little town in Alabama.”
In December, Shepherd will return to Marengo County, this time to a little more fanfare as she serves as grand marshal of this year’s Christmas on the River.
“This really is home to me,” Shepherd said of returning to the banks of the Tombigbee. “I’m really looking forward to it.”
Shepherd worked her way onto Nashville’s music scene and has long been a familiar face in Demopolis.
“I’ve played at the Red Barn,” she recalled with a laugh. “I sang at the Sports-Plex. I know Demopolis well.”
Shepherd, who’s currently on a break from touring with artists like Sugarland, spends her time working on her other passion: writing music.
“I signed a record deal in 2007, but I just got my publishing deal this year,” she said. “So, when I’m not writing music for myself, I’m pitching my songs to other artists.”
There’s also an added benefit to inviting back a hometown girl to grand marshal this year’s COTR.
If you’re lucky, she may just do a little more than wave to the crowd during the parade.
“The band Friday night are friends of mine,” she said. “I’m just planning to get up there, sing a few songs and have some fun.”
Shepherd just finished her latest album and hopes her new single will be released in time for Christmas on the River.
This year’s festival will be held Dec. 2-5.