Fall decorations called for by Chamber 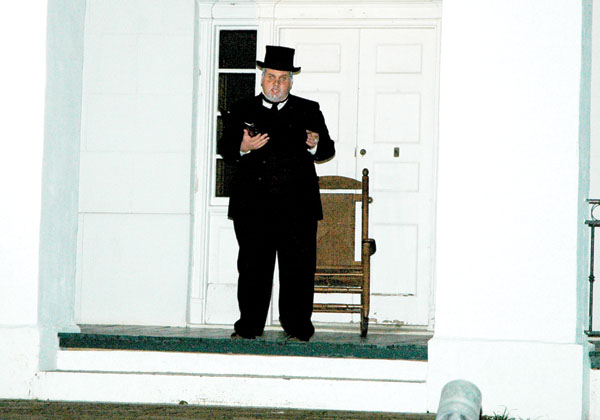 Fall has come in like a lion this year, and the Demopolis Area Chamber of Commerce is providing some fun ways for people to enjoy the changing of the seasons.
The Chamber is asking people to help decorate the town square with all kinds of fall decorations, including those with a harvest theme, scarecrows, pumpkins and even some Halloween decorations.
“Anybody who wants to take part may do so,” said DACC executive director Jennifer Tate. “They do not have to be scary things. They can be hand-painted; they don’t have to be carved. Scarecrows could be made into anything they want them to be. We would like them to be home-made instead of store-bought.
“We want the town to look kind of neat for tourists, especially for ‘Haints and Haunts.’ Dana Hill’s enrichment class at U.S. Jones Elementary School is going to do this for an enrichment activity. I have asked the Garden Club and the other schools if they wanted to take part.
“Any school, class or adult is welcome to participate. We’re going to try to get as many as we can.”
“Haints and Haunts,” a spooky tour of the historic areas of Demopolis on land and along the river that debuted last year, returns again this year on Oct. 25 and 26 at 6:30 and 8:30 p.m. and on Oct. 27 and 28 at 6:30, 8:30 and 10:30 p.m.
Tickets for the tour cost $15 each. To reserve tickets or for more information about “Haints and Haunts,” call the Chamber office at (334) 289-0270.
Decorations for downtown should be done by Oct. 21 and be brought to City Hall.
“If you have all of your pumpkins and scarecrows, try to put them behind the bushes behind City Hall,” Tate said. “We’ll arrange those. It would be nice if people would contact us to let us know they are bringing their things. We need to know how many decorations we’ll have so we can start to arrange them.
“On the evening of Oct. 21, there will be an event called ‘Children’s Activities’ in the park. So, we would like to have the park decorated in time for that.”