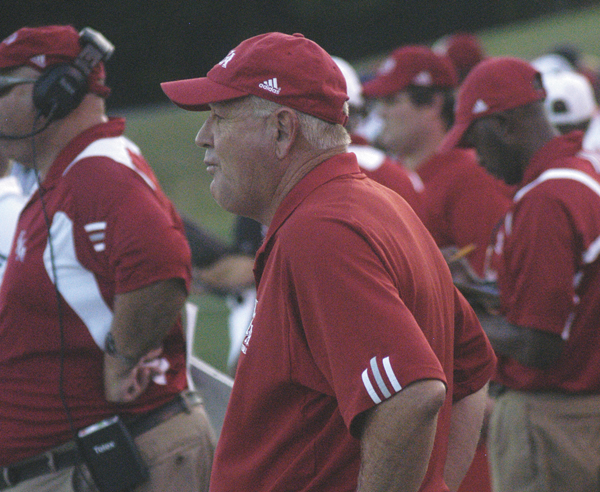 LIVINGSTON — The UWA Tigers host another Gulf South Conference team that saw its season end in the second round of the NCAA Division II playoffs today when it welcomes Arkansas Tech to town today.

For West Alabama head coach Bobby Wallace, the game comes at a scary time as his team is fresh off a gut-wrenching last-second win over Henderson State.

“It’s coming at a difficult time,” Wallace said. “We’re coming off an emotional win and we’ve played hard seven weeks in a row. I’m concerned about us having a letdown.”

To guard against such a setback, Wallace has not altered his team’s routine but has discussed the possiblity with his players. He said he believes that group understands the gravity of the challenge that lies before them.

“Every game from here on out is for the championship of the league if we keep winning,” Wallace said.

Aside from the game with Arkansas Tech coming only a week after the Tigers’ cardiac clash with the Reddies, the Wonder Boys present a unique and formidable challenge to the UWA on their own merits.

“Out of all our Arkansas schools, they have the most money, the nicest facilities and the highest enrollment,” Wallace said. “They are very dangerous.”

The Wonder Boys will attack the Tiger defense with an option style offense that will make the most of athletic young quarterback Rico Keller.

“He was conference player of the week against Monticello,” Wallace said of Keller.

The Tigers are also overcoming a scheduling oddity that may enable the Wonder Boys to make the most of their opportunity tonight. UWA opened its season with Shorter and Harding, a pair of option offenses. Wallace said his team adjusted to defending the option before diving into a long run of teams that utilize the spread. Now the Tigers must go back to defending an option game.

But, despite that challenge and the slight struggles the Tigers saw a week ago, Wallace is confident in his team and what it will be able to do the rest of the way. He even went so far as to cite the win against the Reddies as a reason for his resolve.

“I think that will make us better,” Wallace said. “It can’t hurt to win close games like that.”