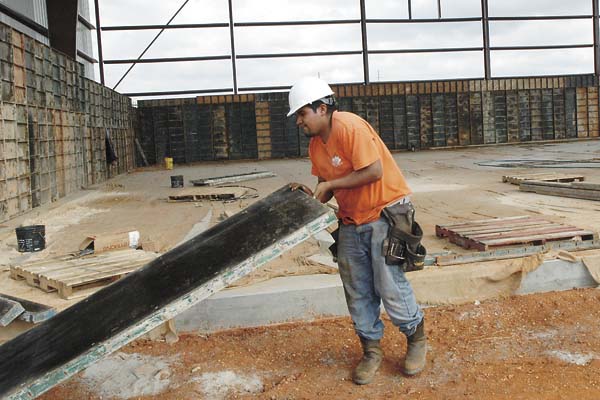 LINDEN – Advanced Disposal is only days away from completion of a $1 million project that will allow the company to cease its use of a Perry County landfill.

The project, which began in early October, will equip the Linden facility with a transfer station.

The presence of the station will allow Advanced Disposal to have more control over its route and pick-up schedules rather than being at the mercy of the Arrowhead landfill in Perry County.

“Like this week, Perry County is going to close Wednesday afternoon and they are not going to open back up until Monday,” Donald said. “So we have to find somewhere else to dump garbage. With this facility, we can dump anytime we want, morning, noon or night.”

The transfer station will have Advanced Disposal trucks bring garbage in through the weigh station before loading it into 18-wheelers. From there, the waste will be hauled to Turkey Trot landfill, which is on the line between Washington and Mobile counties.

The exchange from the garbage trucks to the 18-wheelers will take place inside the newly-constructed station, helping to control related issues such as odor.

“The garbage will be dumped inside that building,” Donald said in reference to the structure that is currently being assembled. “There won’t be any smell.”

“I’m hoping we can get it where local people, the consumers, can come in and dump here and not have to go all the way to Perry County,” Donald said.

The facility’s launch date is not yet official, but Donald said the target date is set and is a real possibility.