New kids on the block 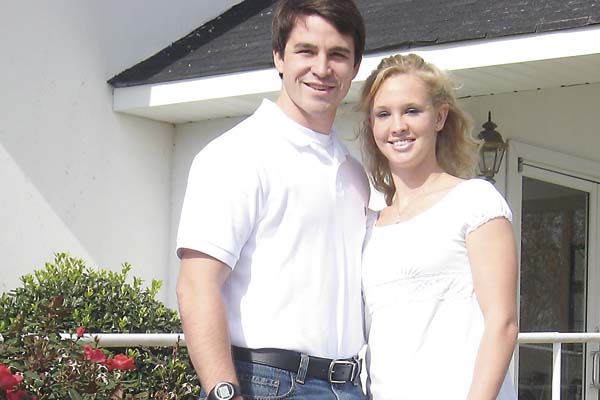 Tommy Leopard may be a fresh-faced, 22-year-old “kid” but he’s been shouldered with great responsibility.
First Christian Church of Demopolis welcomed Leopard as its new preacher Oct. 25.
Ministry is somewhat of a tradition in Leopard’s family as he followed his brother and step-father into the Ministry.
“My brother, Bart, had a huge impact on me,” he said. “He showed me that it was cool to be a youth minister. I knew early on that I wanted to be a youth minister. And, my stepfather was a preacher, so I was always around it.”
Leopard eventually fulfilled his goal, serving as a youth minister for five years before taking the leap to lead a church. First Christian Church is Leopard’s first stop as a worship leader.
“You always prepare to lead a service, just because you never know when the need may arise,” he said. “But in doing that, I found I had a passion for preaching.”
Leopard graduated Roanoke Bible College in 2009 with an Associates Degree in Bible and is working toward a bachelor’s in Preaching and Church Leadership.
While Leopard continues to work toward his personal education goals, he’s also set forth goals for the church and its congregation.
“To grow the church,” Leopard said of his ambition. “Not necessarily number-wise but to grow spiritually.”
Leopard said average attendance at the church hovers near 40 in a sanctuary that holds upwards of 100 people. He said his first objective as preacher is to build relationships with his congregation and the community and that, in turn, would help bolster attendance.
He said having that kind of buy-in would be key to growth in the church.
“We want to put back into the community,” he said. “We want to re-establish the church’s presence in the community.”
Also key in the church’s growth, Leopard said, would be tapping into local youth, including young couples and young families.
“I have a passion for young families,” he said, “and we have a lot of young families in our congregation already. This is a very progressive church, with a progressive congregation.”
The Leopards will hold the church’s first meet and greet Sunday from 10:45 to 11 a.m. Services will follow at 11 a.m. Evening services begin Sunday at 6 p.m. Sunday School begins at 9:45 a.m.
Tommy came to Demopolis with his wife, Jessica. The couple has been married for just more than a year.