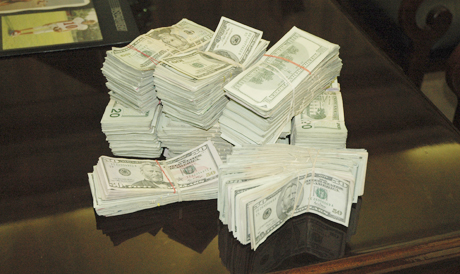 Officers Cody Key and Kent Ott stopped an 18-wheeler for a traffic violation, but the routine stop quickly turned into a case of a different kind when the department’s drug dog, Bo, got involved.

Demopolis Police Chief Tommie Reese said. “A search of the cab revealed the cash, which was vacuum sealed in individual bundles. “Bo, our drug dog detected the odor of drugs on the bundles. The money is actually what the dog smelled.”

Reese said the driver was detained but later released. 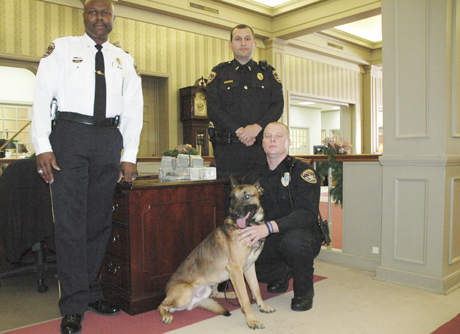 “My intent would be to use these funds to purchase a new drug dog and other equipment for the department,” Reese said. “I’d also like to purchase video enhancement equipment and other things that would service the needs of the department. “Reese further noted that, when the cash is forfeited, that it could only be used by the police department on equipment purchased and upgrades, but could not be used for any salary increases.

The potential infusion of cash to the DPD could be a quick dividend to a training course officers Ott and Key recently completed.

“Both of these officers along with two other DPD Officers, just a month ago, completed training on vehicle drug trafficking involving money and drugs,” he said. “I’m very proud of these officers that they were able to put that training to use so quickly.”

Player of the Week: Devann White