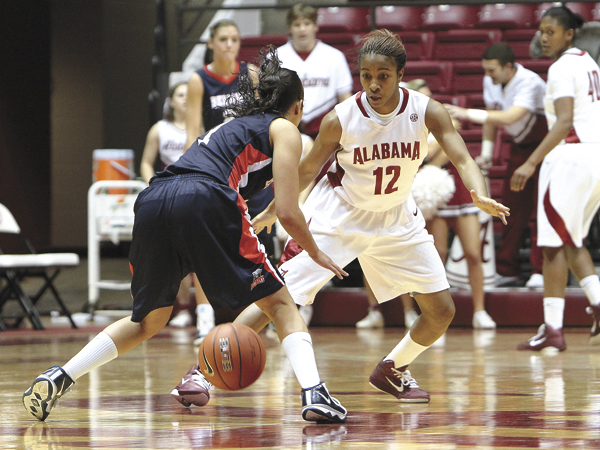 He is quick to point out Myers’ assets and does not shy away from commenting on the areas where she still needs growth. And while he does not say it out loud, he does provide reason to believe even he and his staff are at least a little surprised by how far along Myers’ level of play is this early in her collegiate career.

“We knew she’d be able to come in and help us score,” Hudson said. What Hudson did not know was how far along Myers’ game was on the defensive end of the floor. It is there where Hudson and his staff have seen glimpses of Myers’ quickness and have grown to appreciate a level of effort that has allowed her to contribute in seven of her team’s first 12 games.

“She’s a very coachable young lady. She’s a more complete player than we saw in high school,” Hudson said of Myers progress in the early portion of her career. “She’s learning. She’s not having problems asking questions. I think she’s played a lot of basketball with a lot of different people.”

Hudson said Myers plays the game with a sense of urgency, showing a competitive edge that will benefit her and her teammates down the road.

For now, the Sunshine sensation has only played an average of 12.6 minutes through seven games but has managed to hoist an average of 5.9 points per contest while also coming up with eight steals. She is also the only player on the roster to have not missed a free throw.

“She’s a great young lady,” Hudson said. “You couldn’t have a better young lady in your program.”