How Cam you stop him? 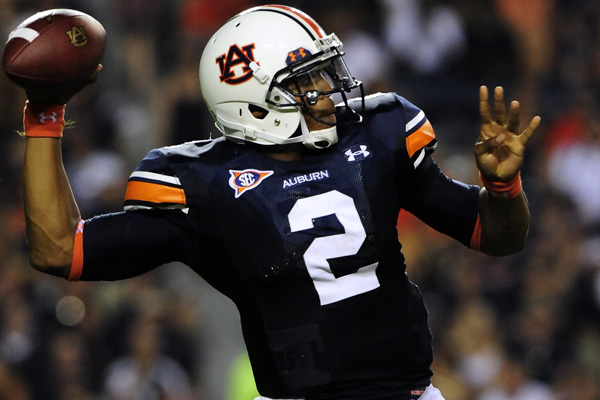 Perhaps the single most talked about player in the history of college football, Cam Newton has been equal parts perplexing and dazzling this season. As Auburn and its must-see quarterback ready for Monday night’s national title game against Oregon, Newton becomes the focal point of Ducks’ defensive coordinator Nick Aliotti.

While Aliotti endures sleepless nights in preparation for his team’s showdown with the most dominant individual player in the country, Marengo County coaches took the time to weigh in on the issues Newton will present to the Ducks’ defense.

“That is the question among questions,” Linden head coach Andro Williams said when asked how to stop Newton. “I don’t have the problem Oregon’s got. I don’t want that problem.”

Williams, like others in the coaching fraternity, are not envious of Aliotti’s position given that the Oregon coordinator is responsible for limiting a player who has thrown for 2,589 yards and 28 touchdowns versus only six interceptions. Then there’s the fact that Newton has rushed for 1,409 yards and 20 scores. And just for good measure, Newton has a touchdown catch on the year as well.

“Put him on the plane and send him back to Auburn,” Sweet Water head coach Stacy Luker laughed. “That would be the only thing I would know to do.”

The problem Newton presents to defenses is greater than other dual threat quarterbacks not only because of his natural abilities, but also because of the way Auburn runs its offense.

“I think the effectiveness of Cam Newton definitely has to do with the offense,” Demopolis head coach Tom Causey said. “If he is in Stanford’s offense, he is not going to hurt you as much. But Cam Newton is dangerous in any offense because when a play breaks down, he’ll take off.”

Causey correlated Newton’s role in the offense to that of a running back, pointing out that defenses must account for him in much the same way they do RBs Mike Dyer and Onterio McCalebb.

“In a one-back set, he gives you two backs. In a two-back set, he’s like a third back,” Causey said. “He’s probably their best running back.”

Given Newton’s running prowess, Causey leans toward the philosophy of a number of other coaches who believe the best bet at slowing Auburn’s offense is taking away its running game.

“I would try to man up his receivers and have a safety spying him and put as many people in the box as you can to stop the run,” Causey, whose squads have dealt with dual threat QBs like Wetumpka’s Jamal Golden and Hueytown’s Jameis Winston in recent years, said. “If you can’t stop the run with their offense, you’re in trouble.”

Williams’ approach is similar. Linden’s defensive guru said he would aim to blanket Newton with defenders.

The key to Williams’ and all strategies is making the tackle when the opportunity presents itself. That, according to Causey, has been the major problem for most teams this season.

“People have defended it, but haven’t put him on the ground,” Causey said.

“The thing that’s got Oregon where they’re at is speed.They’re going to have to latch on and fly to the football.”

Strategy and drawing board talk aside, both coaches concede the best way to slow Newton is to keep him off the field. And while Oregon may not be able to put Newton back on the plane as Luker recommends, it can use its offense to defend the Auburn signal-caller.

“The only way to defend him is keep him on the sidelines as much as you can,” Williams said.

“They’ve got to run kind of a slowed down version of what they already do,” Causey said of the Ducks’ offense.

Unless Aliotti can answer the question that has plagued defensive coordinators all season, Newton’s reign of terror over opposing defenses will continue for at least one more game and end with Auburn capturing its first BCS national championship. Then the dual threat quarterback will get back on that plane.