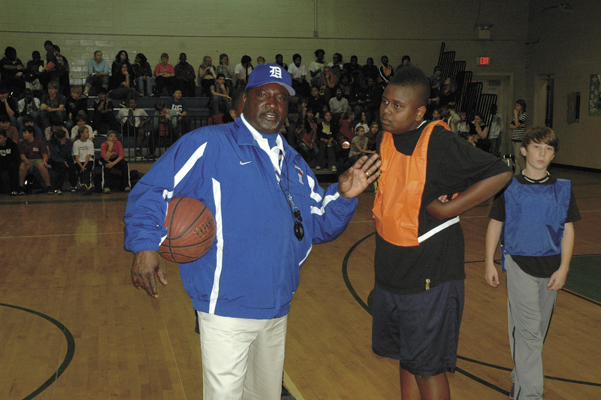 Demopolis Middle School students took part in a day of fun and scored an And-1 for heart disease Friday as part of the Hoops for Hearts fundraiser.

The event allowed students to solicit donations prior to Friday. Those who raised at least $25 in pledges were allowed to spend all of Friday in the school gymnasium, taking part in a three-on-three and five-on-five basketball tournament.

“They go out and get donations from different companies,” Demopolis Middle School physical education teacher Jesse Bell said of the premise of the fundraiser. “We told them if they bring in a minimum of $25 they can stay out of class all day.” The event is conducted by the school’s physical education department with Bell coordinating the event alongside Daniel Flowers and Keisha Jamison.

The biggest drawers for the fundraiser came from the school’s sixth grade class. In total, that class put together just under half of the event’s total funds.

“Sixth grade raised the most money. We’re going to give them a pizza party at the end,” Bell said. “Our sixth grade kids, they blew it out. They raised over $3,500 themselves. I’ve really go to commend them.”

Friday’s event marked the sixth Hoops for Hearts at Demopolis Middle School during Bell’s tenure at the school.