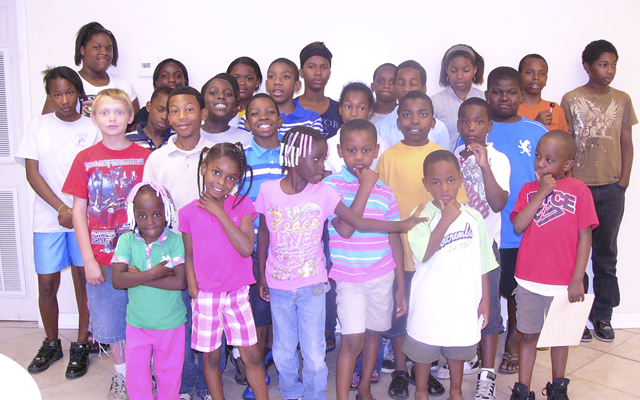 Churches all around the area are in the process of putting the finishing touches on their Vacation Bible School plans as local youths ready to engage in a summer tradition.

The Saints Tabernacle Church of God in Christ concluded its VBS Friday, providing a positive start to a month typically filled with faith education geared toward young people.

First Baptist Church of Demopolis will hold its Vacation Bible School next week, theming its activities around New York City.

“Making connections is the underlying theme,” Jannalee Duke of First Baptist Church said. “The lessons are working on ways to connect faith to everyday life.”

First Baptist Church’s VBS is open to children aged three years through the sixth grade and will take attendees through a series of theme-related games, crafts, classes and a missions station.

The FBC Vacation Bible School regularly draws nearly 80 attendees each day, making the workload a considerable undertaking for the church.

“It’s a large undertaking, but it’s the largest outreach event the church does each year,” Duke said of the VBS, which will run from 8:30 a.m. to noon each day next week. “We realy hit the ground (with planning) in February.”

Fairhaven Baptist will hold its VBS the following week, utilizing the same theme as First Baptist. Fairhaven’s VBS will take place from 9 a.m. until noon and is open for students who have just completed kindergarten through fifth grade. Like FBC, Fairhaven will also use The Big Apple Adventure theme.

“We offer age appropriate classes,” Kay Geiger of Fairhaven said. “We do a rotation schedule of music, crafts, classes, Bible study and memorization all keyed around our theme. The music is a big part of ours. The kids really like it. It’s very upbeat.”

The Canal Heights church of Christ will hold its VBS from June 20 through 24. The sessions will begin at 9 a.m. each day and end at 11:30. The theme will be Believe It Or Not, It’s in the Bible.

“Basically, it takes some of what the world would call the unbelievable parts of the Bible, and looks at what we can learn from that,” Canal Heights preacher Carl Jenkins said. “It looks at who God is, what His character is and what type of power He has.”

The sessions will look at Balaam’s donkey, the Valley of Dry Bones, Gideon and the army of 300, Elijah and the prophets of Baal and David and the Mighty Men. Canal Heights will utilize puppets, games, crafts, classes and singing to relay its message to young people.

Even with as much work as is going into preparing VBS for young people, much of the benefit will fall on VBS teachers.

“I think it also reminds us of the importance of kids and that they are the responsibility of the entire congregation,” Jenkins said of the role VBS plays in helping the individual congregation.