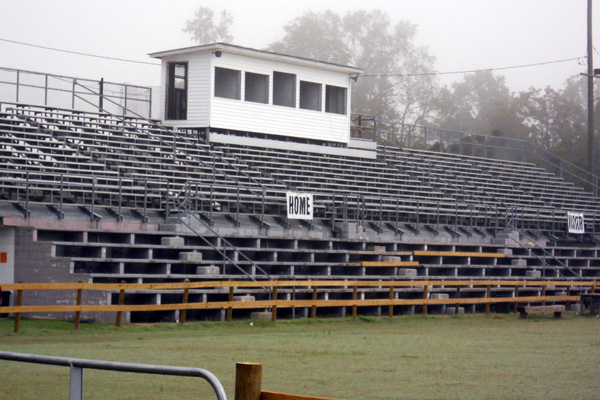 The Alabama Department of Revenue confirmed Tuesday that it has an interest in delving deeper in the Linden Athletic Association’s (LAA) nonprofit tax status but will rely on Marengo County officials to lead the charge.

Carla Snellgrove, who serves as media relations liaison for the department, said questions have surfaced regarding the organization’s tax exempt status, but local officials would be the ones to determine if the property and organization meets state guidelines.

“The local tax assessing official would examine any property that is questioned and would make the determination if it meets the qualification for exemption: used for religious, educational or charitable purposes,” she said. “Oftentimes, local assessing officials ask for the Revenue Department’s assistance in making a determination, and we would assist, if asked.”

Marengo County Revenue Commissioner Bo McAlpine said evaluating whether or not to tax the football field and the entity that owns it was not a high priority item for his office.

“I don’t know of a football field in America that pays property taxes,” he said. “It’s owned by a nonprofit and its for nonprofit. Taxing it, to me, just wouldn’t be right. It’s not been taxed since 1964.”

“From my understanding, the county never charged property taxes to the football field for the good of the youth of the community, so as to not add additional costs to the schools,” Smith said of the LAA’s tax-exempt status. “I’ve never claimed that Linden Athletic Association was set up as a 501(c)(3) non-profit. We do not act like a 501(c)(3) and accept donations. Our only income comes from rent and advertising for the banners.”

In any regard, neither entity has formally contacted those responsible for running the organization as part of the investigation.

The LAA currently owns Linden Athletic Field, the football field that generally serves as home to the Linden Patriots and Marengo Academy Longhorns.

Amid the points of controversy that Smith has addressed over the last few weeks is the notion Linden High and Marengo Academy were charged differing amounts for field usage, the primary point which drove the Patriots to call Dixon’s Mills their home this season.

“Marengo and Linden High have been paying the same amount of money,” Smith said.

Prior to the season, the Linden Athletic Association opted to charge each school $6,500 to use the field in 2011, up from prior year’s approximately $2,500 per year. Smith explained that amount would cover the total operational cost of the field.

Facing the usage fee increase, the Patriots opted to take their ball to Marengo High.

With only one school using the field, operational costs should be drastically altered. Smith acknowledged Tuesday that Marengo Academy has only made one payment of $2,500 to the Linden Athletic Association, but the difference between the amount paid and the actual field cost for the season will be passed along to Marengo Academy at the conclusion of the season.

“Now that there is only one school using the field, we’re going to assess the costs of using the field (for one team for the full season) and pass that cost along to Marengo (at the conclusion of the season),” Smith said. “It depends on use. We’re early in the season. We’re compiling numbers.”

The Patriots have only one home game remaining this season, Oct. 28 versus Brantley, which will be played in Demopolis while Marengo Academy will host South Choctaw (Oct. 7) and Wilcox (Oct. 21) at Linden Athletic Field.