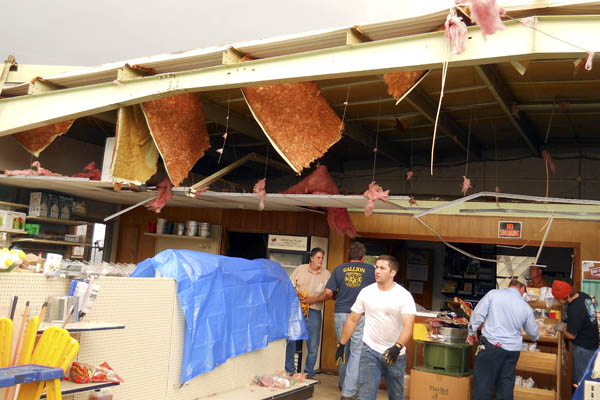 Officials with the National Weather Service (NWS) in Birmingham confirmed Thursday that a small tornado briefly touched down in Demopolis Wednesday morning.

According to NWS data, a tornado with sustained winds of up to 85 miles per hour hit the eastern portion of the city shortly after 7:30 a.m. yesterday, leaving a damage track about 250 yards wide and 2 and a half miles long.

The most significant damage was isolated along Highway 80 East to the Heritage Inn and the Central Alabama Farmer’s Co-Op, both of which lost their roofs.

A portion of the roof at Gibson’s Body Shop was blown off and landed on several vehicles at Windham Motors.