The nation’s security will rest on the shoulders of a group of high schoolers as a part of the six-day National Youth Leadership Forum on National Security in Washington, D.C.

Of course, it’s all through simulations.

One of those chosen few students will be James Noah Long, 17, of Demopolis. 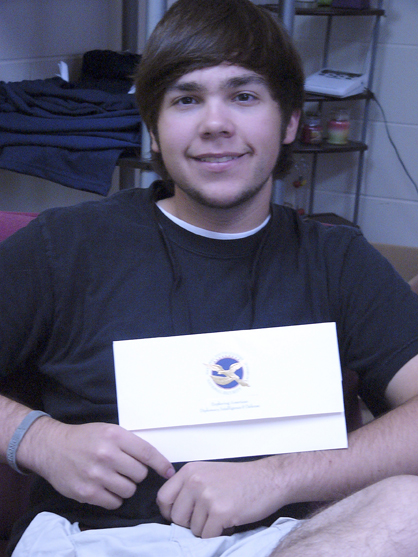 Demopolis High's James Noah Long will be one of few students from across the country to attend the National Youth Leadership Forum on National Security.

In the height of recent events abroad in the Middle East resulting in the death of a U.S. ambassador and three other Americans, Long will study national security through real-world simulations and seminars.

“I am very excited to go to Washington. I have never been there,and I get to see a lot of historical places,” he said. “Although I am excited, I am a little nervous to go by myself.”

Veronica Long, his mother, said she and her husband debated allowing him to go by himself for a long while, but they wanted him to take advantage of the opportunity.

“We prayed about it and talked to family for advice,” she said. “I think with all that is going on, it is a good time for him to go to learn how people in Washington are handling real world situations.”

Noah said he looks forward to the real-world simulations and discussions he will be attending.

“I also want to develop relationships and networks for when I move on to college,” he said.

Long, an honor student at Demopolis High School, said he is very interested in national security and is considering The University of Alabama or Jacksonville State University for his studies after graduation. He is also planning to serve in the Army and hopes to one day work for the CIA. He leaves for his trip on Sept. 25.