The wedding will be on Nov. 10 at St. Leo the Great Catholic Church in Demopolis.

The bride elect is the granddaughter of Mrs. Hazel Barden and the late Sammie Barden, Sr. of Hazlehurst, Miss., and the late Gus Weiss Jr. and the late Mary Branch Weiss of Demopolis. 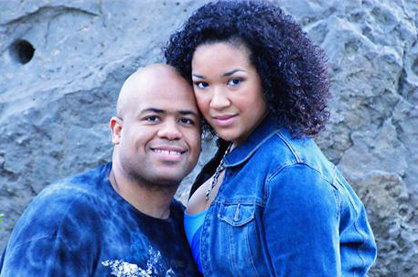 Ashlei is a 1999 graduate of Demopolis High School and attended the University of West Alabama, Auburn University, and the UA Capstone School of Nursing where she received a bachelor of science degree in nursing in 2006. She is employed in the Emergency Department at UAB Hospital.

The prospective groom is the grandson of Mrs. Hattie Jackson and the late Calvin C. Jackson, Sr., Mrs. Eula Houser, and the late William Houser and the late Isabelle Taylor.

Demarius is a 2000 graduate of Shades Valley High School, Birmingham, and attended UAB in Birmingham where he received his bachelor of science degree in History in 2005. He is employed with the Birmingham Police Department.

Wedding and reception by invitation only.