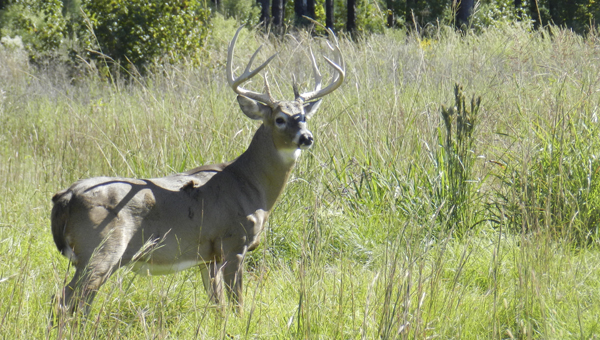 One of the deer released as part of The Big Buck Project.

The first trophy deer have been released in Marengo County as part of The Big Buck Project.

According to Hale Smith, a sales associate and land manager with primary project sponsor Tutt Land Company, organizers have been getting a lot of support.

“It is going great so far,” Smith said. “We are getting a lot of support and interest from local landowners and businesses.”

There has been one release so far, and Smith said he hopes the next release will be coming in the next couple of weeks. 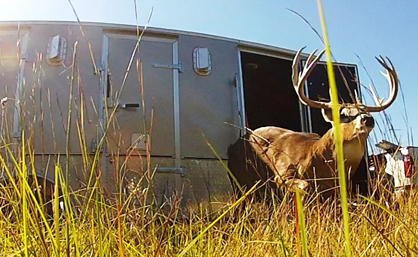 The first round of deer were released in October.

“The best time to release is during cool weather, and we did our first one during the cold snap in mid-October,” he said. “We are hoping the next one will be coming in the next couple weeks.”

Smith could not divulge how many deer have been released because of landowner privacy requirements.

Not everyone has been pleased with the project, though. The Quality Deer Management Association has been trying to discourage support for the project.

Smith said QDMA is largely established in Georgia and South Carolina and that they are using this as a platform to try to move into Alabama.

“The don’t have much of a presence in Alabama,” he said, “and they are attacking our project as a platform to try to gain a (presence) here in this state.”