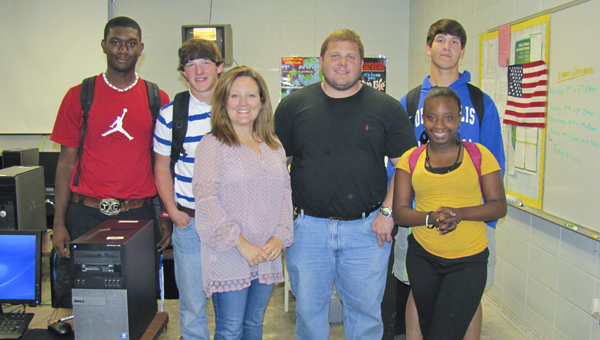 The Marengo County Commission will now serve as the grant host (changing from the city of Demopolis) for the task force after the entity was recently re-recognized by the Alabama Department of Economic and Community Affairs.

The force received unfortunate news in February 2012 that they would not be receiving funding from ADECA due to a paperwork error.

Despite the error, District Attorney Greg Griggers recognized the importance of the task force and continued to run the it without ADECA funding.

Clint Sumlin, commander for the force, is working through the District Attorney’s office and has continued to devote his time to the mission of the task force.

In addition to support from the DA’s office, the task force was able to continue operating through matching funds donated by community supporters.

“There are several individuals, businesses and departments that recognized the importance of the task force that supported us,” District Attorney Greg Griggers said. “If we hadn’t have got those, we couldn’t have survived.”

The force has continued to run without an interruption since losing it funding.

“We are so thankful to the commission for the support and for now agreeing to be the host for the ADECA funds,” he said.