UWA’s Project Engage is a capacity-building program of the education, science, math and technology faculty of the University of West Alabama to increase the number and proportion of students who persist in and complete post-secondary degrees in STEM (science, technology, engineering and mathematics) disciplines.

Along with engaging the UWA students who are enrolled in these disciplines, the Project Engage faculty and mentors also reach out to area high school students who show an interest in STEM careers. Targeted schools for this first year of Project Engage are Sumter County schools; the outreach area will expand next year. Eighteen Linden High School students, however, received an unexpected and most welcome invitation to attend the Spring 2013 UWA STEM Challenge when the Project Engage faculty realized that they could accommodate three more high school teams for their April 13 STEM Challenge, which focused on the STEM connection to a wildly popular career dream for many high school and college students: Crime Scene Investigation.

The 18 LHS Patriot students formed three teams of six members each known as LHS Team Red, LHS Team White and LHS Team Blue. All of the STEM Challenge Teams, including five UWA freshmen teams and five high school teams, were in competition, and their day-long academic endeavors, including warm-up questions in the four STEM disciplines, the simulated crime scene investigation, the interrogation of six murder suspects, the compilation of the evidence into a convincing PowerPoint presentation and oral argument and the courtroom presentation of their evidence-supported argument for a conviction of the guilty party, were judged equally on their merits without regard for grade level. 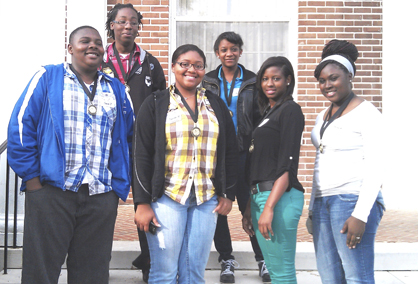 LHS Team White overcame an early-morning setback to take second place honors at the UWA STEM Crime Scene Investigation Challenge. Chavon Jackson, acting as LHS Team Blue’s CSI attorney, made the winning courtroom presentation, convincing the judge to convict LHS Team Blue’s suspect of choice based on their air-tight evidence-based case. Kathelin Bishop and Miy-Aeh Spencer were a dynamic duo in the courtroom, double-teaming their suspect of choice and proving beyond a reasonable doubt to the judge his guilt, thus accomplishing their desired outcome — an evidence-based conviction. 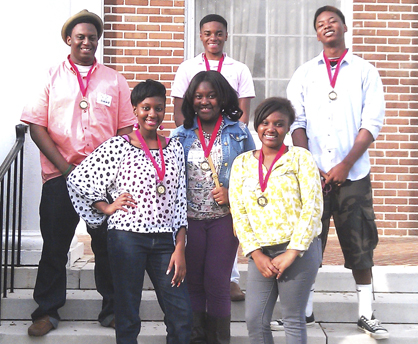 Linden High School principal Dr. Timothy Thurman and LHS STEM coaches Teressa Bolden and Mitzi Gates are particularly proud of the accomplishments of LHS Team Blue and LHS Team White and would like to congratulate all 18 of the LHS participants on all three LHS Teams for their outstanding efforts. Dr. Thurman would also like to thank the UWA Project Engage professors and facilitators for inviting Linden High School to participate in such an interesting challenge.