Players received certificates for their contributions to the teams, as well as other honors. 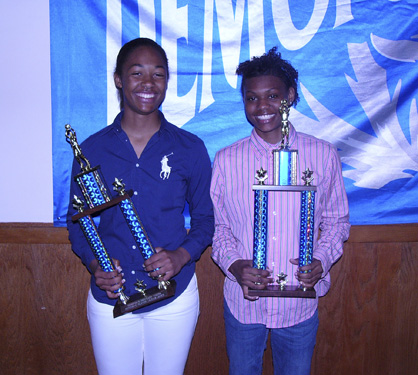 “We had a very young group, but we competed every night we stepped out on the court,” Pittman said. “These girls worked hard all season long.”

For the boys, DJ Howell earned the hustle award, and senior Tommy Wilson earned the player of the year award. Wilson averaged 12.5 points per game. The Tiger Award, which is for all-around contributions to the team, was given to Roderick Davis. Davis averaged 12.1 points per game for the Tigers in 2012-13. 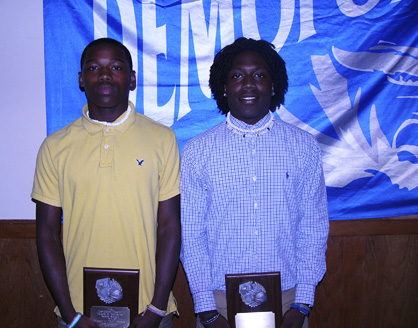 DJ Howell earned the hustle award for the Demopolis Tigers, and Tommy Wilson earned the player of the year award.

“Tommy (Wilson) put us on his back and carried us at the end of the year,” head coach Rodney Jackson said.

Jackson added that despite the way the season ended, the team still had an outstanding season.

“It was an emotional rollercoaster for me all season, and I was disappointed with how the season ended, but we had an outstanding season and we accomplished a lot of great things,” Jackson said.