After two separate incidents of theft on Sunday morning, the Demopolis Police Department arrested Robert Maurice Murdock, 42, of Gallion on charges of DUI, third-degree theft of property and third-degree burglary. 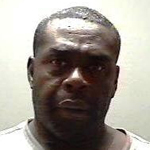 DPD responded to Family Dollar on Jackson Street early Sunday morning and found that a large amount of cigarettes had been stolen. Later in the morning, they responded to another call at the Pure gas station on Highway 43 in which a bottle of wine was stolen.

Murdock is currently being held in the Marengo County Detention Center.

DPD Chief Tommie Reese said he was proud of the way his officers and investigators handled the cases.