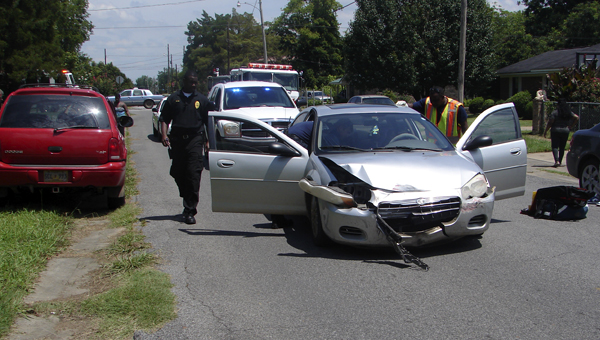 An accident occurring at East Decatur Street and South Ash Avenue resulted in minor injuries to one driver Friday morning.

An accident occurring around 11:40 a.m. Friday resulted in minor injuries to one of the drivers.

The accident was caused by a man in a Dodge Durango who, according to DPD Officer William Gulley, ran a stop sign at East Decatur Street and South Ash Avenue. He was T-boned by a woman driving a Chrysler Sebring.

“A gentleman ran a stop sign, which caused the accident,” he said. “The other driver’s injuries are minimal.” 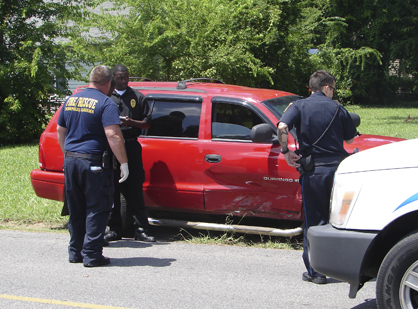 The driver of the Dodge Durango ran a stop sign and was T-boned by another driver, police said.

Bystanders at the scene of the accident said they heard the accident, but did not see what happened.

Responding to the scene were the Demopolis Police Department and Demopolis Fire and Rescue Squad. An ambulance was not called to the scene.