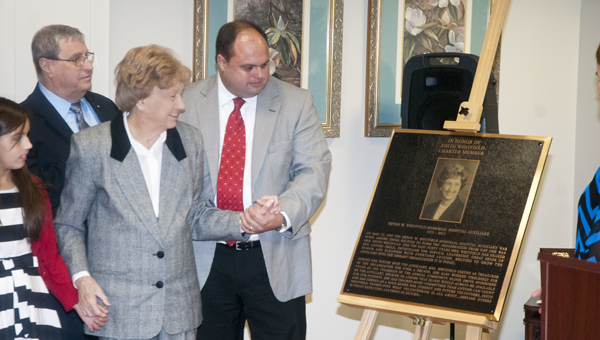 Bryan W. Whitfield Memorial Hospital celebrated its 60th anniversary Thursday during a program that reflected on the past while celebrating the present.

“We are tremendously proud of the history we have,” said Arthur Evans, BWWMH assistant administrator. “We are blessed to have this facility in Demopolis.”

The hospital first opened its doors in 1953 as a 29-bed facility with 25 employees and four patients.

Today, Whitfield is a 99-bed hospital with annual revenues of more than $65 million and 400 employees. The hospital also has grown to include a home health agency, a geriatric behavioral program, a sleep disorders center, the Outpatient Medical Center, a substance dependence treatment program and much more.

“We make a significant impact in our community but we do that because of you,” Evans told hospital employees and volunteers. “The things we offer here vary in nature, but they meet the needs of the community and that’s first and foremost what we are here to do.” 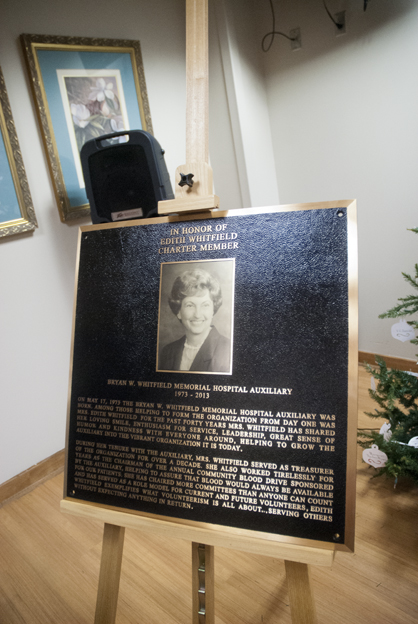 Edith Whitfield has volunteered with the hospital’s auxiliary since it was founded 40 years ago.

Annye Braxton, chairman of the hospital’s board, spoke about changes at Whitfield over the years. She said when she first started as a nurse there were 29 beds and separate entrances for white and black patients.

Dr. Mo Fitz-Gerald also spoke about some of the things Whitfield does better than larger hospitals in bigger cities like a low post-operation infection rate. He also praised the hospital’s nursing staff.

“We give all our nurses an A plus plus because they are the heart of the service we offer here,” Fitz-Gerald said.

Current auxiliary president Johnnie Knott spoke about the women who came together to start the organization in 1973.

“They came from all walks of life but they had one common goal in mind — to offer their time and talent to the service of others,” Knott said.

One Auxiliary volunteer, Edith Whitfield, has been with the group since Day One. The 97-year-old was recognized for her service, which continues through today, with a plaque.

“She helped grow the Auxiliary into the organization it is today,” Knott said.

Whitfield’s grandson, Kevin Horne, also spoke about his grandmother’s service as well as everyone who volunteers with the Auxiliary.

Horne had the opportunity to work alongside his grandmother and his grandfather, physician Fred Whitfield, while he was a paramedic and nursing supervisor at Whitfield.

“More good has been done by this group the last 40 years than anyone can measure,” Horne said.