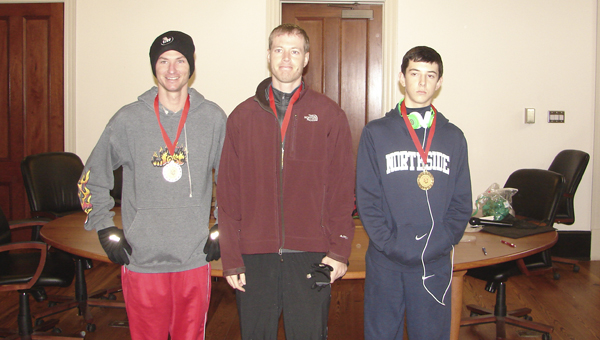 The top overall finishers in the race were Ashton King (right), Will Gardner (center) and Kenny Fair.

Another year of the Jingle Bell Run means another good day for Harriet’s House. 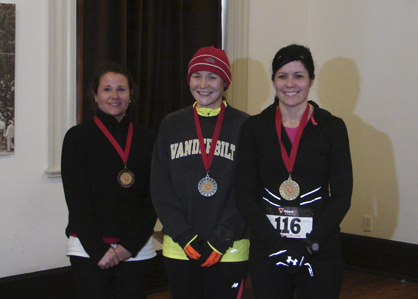 The top three female finishers in the race were, from right, Stacey Holtzclaw, Erin Stewart and Meg Rankin.

Other top finishers by category are below.

Jakoby Aldridge, a Sweet Water senior, was named to the Demopolis Times All-County Team. Thirty-seven players were chosen for this... read more