The Marengo Academy Longhorns split two games over the weekend to move their overall record to 18-6-2 and 3-0 in their region.

The Longhorns defeated Kingwood Academy 13-6 with Wyatt Hale earning the win on the mound. 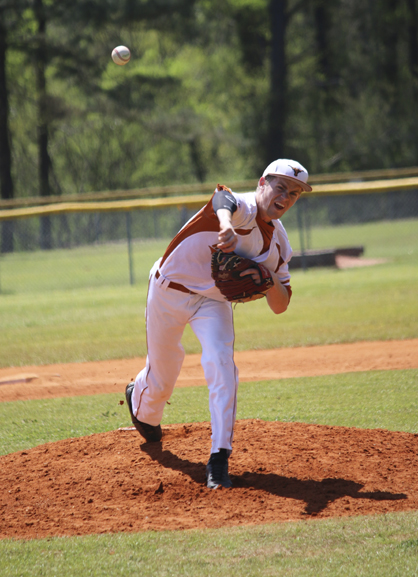 Wyatt Hale pitches for Marengo Academy against Kingwood Academy. He earned the win in the game.

Hayden Huckabee went 4-for-5 at the plate with four runs scored, and Brant Lewis went 4-for-4 with two doubles, four RBIs and two runs scored.

The Longhorns also face Autauga Academy but came up short in eight innings, 6-5.

Offensively, Friday was 2-for-3 with a double, a two-run home run and three RBIs. Weldon Aydelott was 2-for-4 at the plate with one RBI.