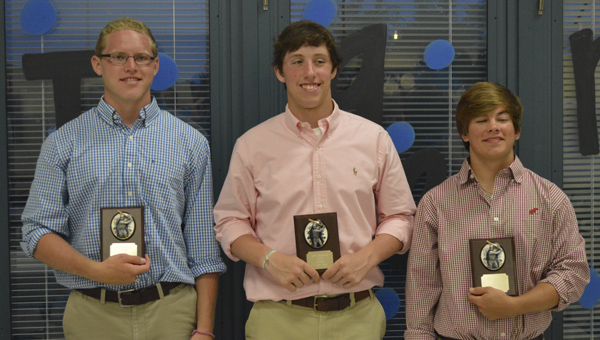 Several players were recognized for their accomplishments over the course of the season.

Tyler Oates was given an award for having the highest batting average on the team. He finished the year batting .395.

Michael Brooker was recognized with the Academic Award for having the highest grade point average on the team.

Head coach James Moody also named the Most Valuable Pitchers during the event. He said normally there’s just one, but this year, it was a three-way tie for the award. Tripp Perry, Adam Sellers and Luke Yelverton each received the award this year.

The Tigers finished the season with a 14-13 overall record and a playoff appearance.