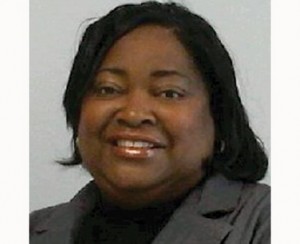 Tamika Glover Dial has announced her candidacy for the office of mayor of Linden. Dial is a native of Myrtlewood, Alabama, but has spent her adult life in Linden.
Dial has served in various leadership positions throughout her career. She is the president of the Marengo County Foster Parent Adoptive Association, which became a 501(3)C under her leadership. She also serves as a Girl Scout Troop Leader and Boy Scout Pack Leader. Dial has written and received numerous grants for Marengo County children in need.
Dial is a product of the Linden City School System. She served a five-year term on the board of education, one of those years serving as president of the board. She holds a Bachelor of Arts Degree from Stillman College in Business Administration with a concentration in Management. She is a two-time graduate of the University of West Alabama. In 2006, she earned a Master of Science in Continuing Education (Counseling/Psychology); and in 2013, a degree in Education Specialist Degree in Counseling.
Dial has worked in public service for the past 23 years as a social worker, educator, and entrepreneur. She is currently employed with Auburn University’s Alabama Cooperative Extension System as a county coordinator in Wilcox County.
“I beleive I can make a difference if given the opportunity to do so. I am running my campaign based on honesty and integrity. Our city has maintained, despite limited resources, but, there is much need for growth and improvement,” Dial said.
Dial said her campaign will focus on education, transparency, accountability, and workforce development.
Dial is a life-long member of Chalk Level A.M.E. Zion Church in Myrtlewood where she serves as the Sunday School Superintendent, Administrative Assistant to the Pastor/Custodian Funds, President of the Missionary Department, Secretary of the Trustee and Lay Council. She also is a member of the Education Leadership Advisory Committee for the University of West Alabama. She is a member of Delta Sigma Theta Sorority and is active with the Livingston Alumnae Chapter. Currently, Dial is parenting one child.

(This article originally appeared in the Saturday, July 2, print edition of the Demopolis Times.)