Up and down week for Tiger hoops 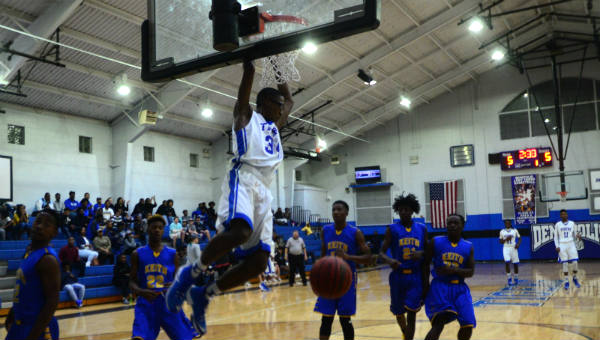 With no time on the clock and the game seeming heading to a second overtime period, an official stood in front of the scorers table signaling a foul call. This allowed Selma’s Jadarius Whitlock to sink a free throw which was all he needed to give the Saints a 67-66 victory in an overtime thriller over the Demopolis High School Tigers.

In spite of the tough loss, DHS Head Coach Ashley Allen found some positives to take away from the game.

“I’m proud of them. I tell them all the time that we have to use all of our tools. We have a lot more tools than one or two players,” Allen said. “We got in foul trouble and had to take some guys out, but as I put other guys in they stepped up and they did what they had to do. We have to use our entire team. We’re not a one man show.”

Williams exploded for 41 points on Jan. 24 in an 81-66 come from behind victory against Keith.

Williams grabbed eight rebounds as well in the win. Childers added 11 points including a half-court shot at the final buzzer that ignited the crowd. Haskin had a double-double with 12 rebounds and 12 blocked shots to go along with three assists and five steals.