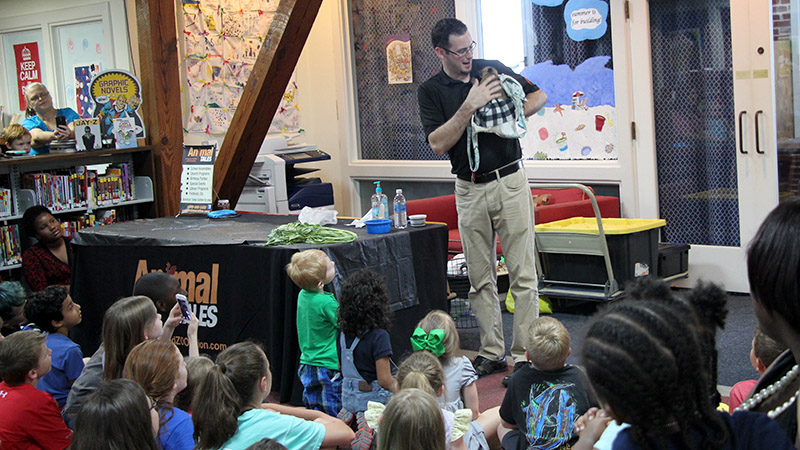 Activities are plentiful at the Demopolis Public Library in downtown Demopolis. With the goal of keeping the youth of the area educationally engaged and entertained, the local library hosted story time as part of a weekly event and held a live animal show with John Ham on June 8.

Children and adults alike were treated to a show of animals from around the world such as a North American prairie dog and a South American kinkajou. 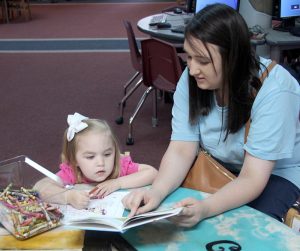 The animal handler, Ham, provided an interactive show and had multiple children help him with the animals. He gave the audience many interesting facts about each animal and kept everyone waiting for the next animal.

Ham began working with animals at the age of 16 and worked at the Birmingham Zoo for four years. He has worked with many different animals like large reptiles, venomous and non-venomous snakes, birds of prey, and others. In 2009, Ham joined Animal Tales to pursue an opportunity to educate children and adults through school assembly and other programs with Animal Tales. He loves what he does and hopes to continue advancing the Animal Tales mission throughout the Southeast.

Story time at the library is a large part of the summer reading program. It meets every Wednesday at 10 a.m. and allows kids to enjoy a different story each week.

The large reading meeting was originally for pre-school age children, but during the summer it is more of a summer story time so school age children can attend. It’s a time when kids can hear different stories and do things like finger plays, sing songs, color, and read with a parent. It gives kids a chance to be with other children their age in a structured story time.

On average 30 to 35 kids attend with their parents. It allows parents to bond with their children and do something special together. New mothers and mothers of young children can use this time to socialize with each other while their kids enjoy the stories and games.

The library staff enjoys story time just as much as the kids do, especially children’s librarian Kathy Owings.

“I was a teacher for twenty-six years so I love it. It’s a chance to interact with the kids and to get some of the preschoolers’ ready for the structure of school,” said Owings. “It’s a lot of fun and I look forward to it every Wednesday.”

(This article originally appeared in the Saturday, June 10, print edition of the Demopolis Times.)