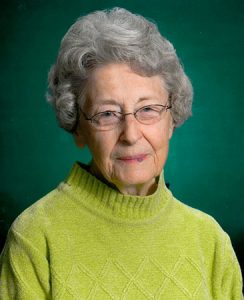 She is survived by her daughter, Betty Jane (W.B.) Gardner of Linden; and two grandchildren, Lindsy Gardner and William Benjamin Gardner III.

She was preceded in death by her husband, Robert V. Lewis.

Memorials may be made to Linden United Methodist Church. Condolences may be made at www.obryantchapelfh.com. Arrangements by O’Bryant Chapel Funeral Home in Linden.