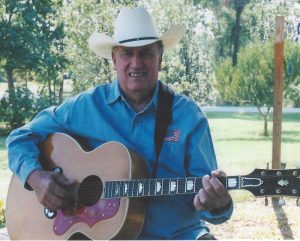 He was preceded in death by his parents, Mr. and Mrs. Robert William Colburn Sr. (Ruth Nichols); and a brother, Thomas Allen Colburn.

Mr. Colburn was born in Perry County on Oct. 15, 1934, and was the older of two children. He met his loving wife in 1944, and they were married for 62 years. He worked as a welder at Southern Natural Gas where he retired. Mr. Colburn was a member of the Friendship Lodge #83 for over 50 years, achieving the highest degree of 32nd Degree Mason. He was part of the founding congregation of Pineview Assembly of God, a church where he attended faithfully for 81 years. He never met a stranger and was known for always having a positive and encouraging attitude about life. He used his unique singing voice and ability to play the guitar to witness for his Savior, Jesus Christ. He enjoyed his many friends and neighbors who were always welcomed with a hot cup of coffee and genuine Christian hospitality. He will be greatly missed by all who knew him.

In lieu of flowers, donations may be made to Pineview Assembly of God.