After 44 years, school is officially out for longtime educator 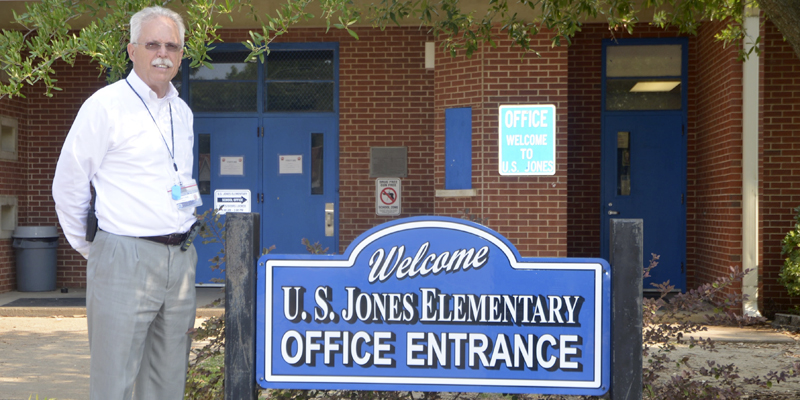 Principal Leon Clark has served as the principal at U.S. Jones Elementary the past four years and was principal at Demopolis High School the previous four years. After a career in education spanning 44 years, Clark will retire at the end of the current school year.

Clark began his career in education as a coach, then began teaching science at the junior high school level and driver’s education. He later worked his way up to assistant principal and then to principal in a different school system before joining the DCSS as principal of Demopolis High School. Clark moved to U.S. Jones four years later.

“I’ve been in education all my life. That was the direction I started, and I’ve been into it ever since,” he said.

During his time at the elementary school, Clark implemented several new programs including the Liberty’s Legacy Super Citizen Program, a coding and robotics class and a gifted program.

“I think basically what we’ve done is try to put ourselves in a position to where accountability is put into place in everything that we do with our students,” he said.

He has also worked to include Alabama’s education standards in all of the school’s classes.

“I feel like with capitalizing on the strengths of the standards, our students are better prepared to move from the elementary level to the middle school level,” he said.

Clark said that he is excited for this next phase in his life and for Tori Infinger, the incoming principal, to implement her leadership style at the school.

“There’s a lot of great opportunities here that the next person in line can have a lot of success with what they do.”

Clark said that his favorite memories are of “seeing the students who are struggling able to make a turnaround and do a good job.”

He thanked the school system, the community and the parents for their support of the students.

“We’ve got a lot of great people in our system, and it’s just a pleasure working with them.”

(This article originally appeared in the Wednesday, May 16 issue of the Demopolis Times.)