(This article was written by James Jones for the Demopolis Times.)

A Selma resident pled guilty on Monday to charges of capital murder and attempted murder that occurred three years ago that resulted in the death of a Demopolis man.

Devontae Jiles, 25, pled guilty for fatally shooting James Hudgens on March 14, 2015 in the Old Town Community.  Hudgens was a Demopolis resident who was visiting his uncle at the time of the shooting. 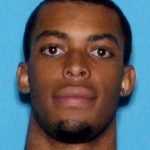 Jiles fired a 12-gauge shotgun twice, striking Hudgens, according to Dallas County District Attorney Michael Jackson. Hudgens died upon arrival at a Montgomery Hospital after being transported by medical helicopter.

According to Lt. Curtis Muhannad of the Selma Police Department (SPD), Hudgens confronted Kendarius Brown and tried to detain him. The SPD report said Jiles was hiding in the bushes and appeared on the scene and shot Hudgens. 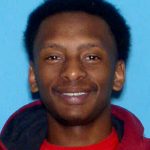 Jackson said Jiles will be sentenced after the trial of his co-defendant, Kendarius Brown, 24. Brown’s trial will be set at a later date.

“This gunslinger was the shooter in this attempted murder,” Jackson said. “He showed remorse today, but his cold-hearted dastardly act has caused a gaping hole in the Selma and Demopolis communities.”