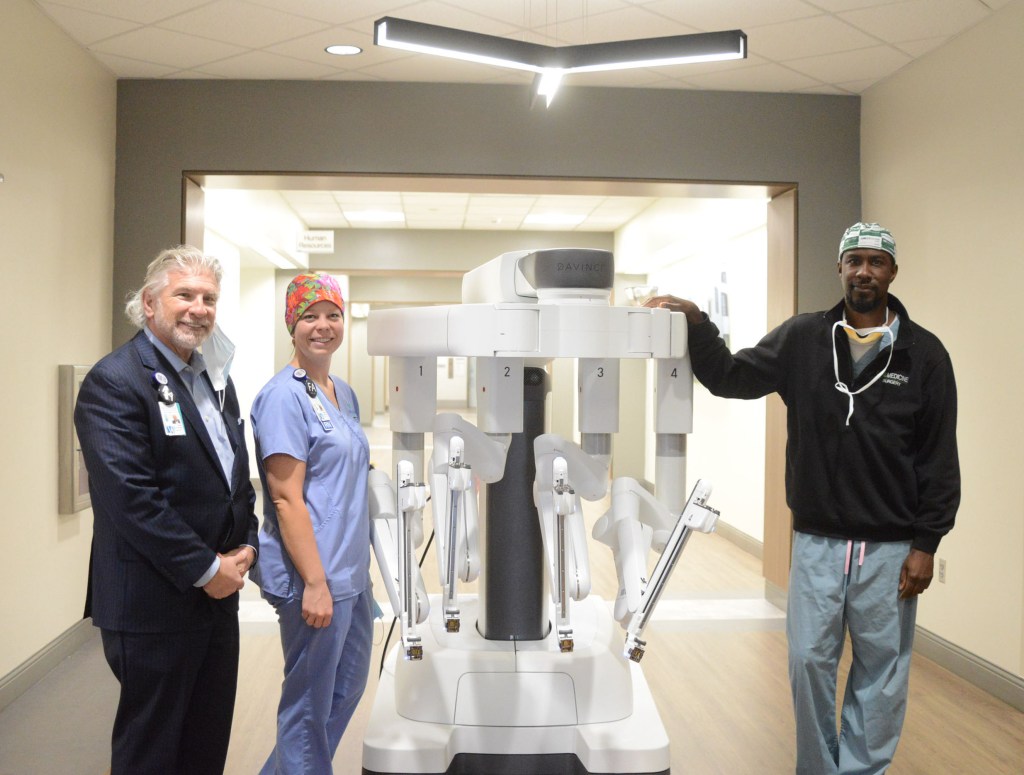 Whitfield Regional Hospital finally received its Da Vinci XI last Wednesday, March 23. A crowd of doctors, nurses, and media gathered at the main entrance to watch it be unloaded piece by piece.

The Da Vinci is the latest surgical system that gives surgeons an advanced set of instruments to use in performing robotic-assisted minimally invasive surgery. Despite the term “robotic,” robots do not perform the surgeries. A surgeon performs surgery with da Vinci by using instruments that he or she guides via a console.

The Da Vinci has three parts; a surgeon console where the surgeon controls the instruments while viewing a person’s anatomy in high-definition 3D, a patient cart that is positioned alongside the bed and holds the camera and tools the surgeon uses, and vision cart that makes communication between components possible and supports the 3D vision system. The Da Vinci will be used for chest and abdominal procedures such as appendix and gallbladder removal, hysterectomies, and colorectal surgeries. 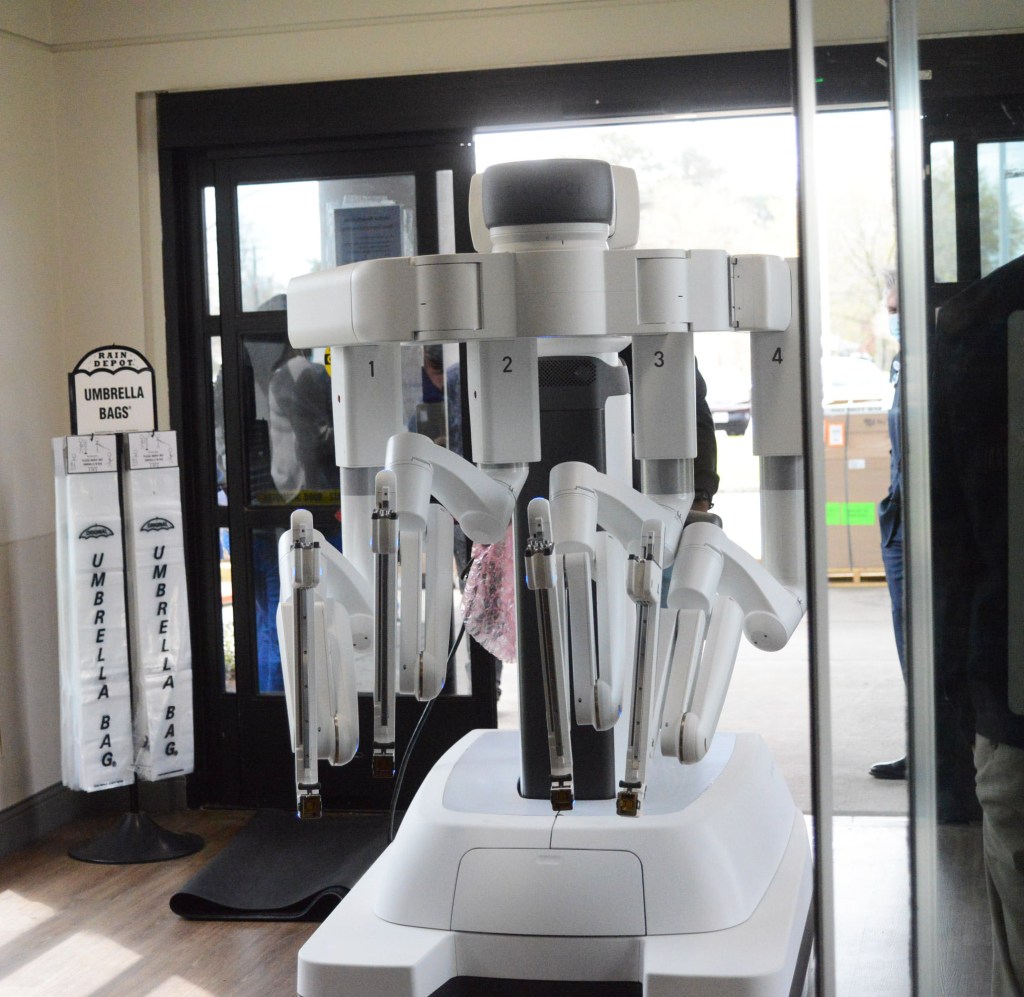 Dr. Quince Gibson was one of the doctors on hand to see the arrival of the Da Vinci. He said that the hospital has many patients waiting for the system to be set up and the hospital staff to be trained. Once the Da Vinci is set up, Gibson will lead the surgical team in using it.

“This belongs to the people of Demopolis and the surrounding communities,” said Gibson. “This is their robot.”

WRH CEO/Administrator Doug Brewer said the Da Vinci is “a new chapter for the hospital” and that several physicians are interested in coming to Demopolis to perform surgeries rather than in Birmingham, Meridian, or Tuscaloosa.