After the swapping of vows, exchanging of rings, obligatory cake-in-the-face picture and return from the honeymoon, the real work begins. It is at such a point that many newlyweds begin to encounter the difficulties which accompany the task of navigating marriage’s uncharted waters without wanting to drown their better half.

But Parker and Nikki Sanford, who tied the knot in January, seem to have that balance down.

“We have tried to discuss more,” Nikki says of one of the major changes the couple has tried to implement since making the commitment to share last names. “You have to think about the other person now and think about, in the long run, if it is a better decision.”

The Sanfords are far from perfect and certainly have their share of tiffs. But the evidence that they have found the keys to success is written all over their faces. It is there in the smile Parker cannot help but crack while Nikki picks on him about something. It is there again when he makes her laugh.

For Parker and Nikki, this whole marriage thing comes down to communication and togetherness.

“She washes (laundry) and we both fold,” Parker adds.”

That system has taken work to develop over the last several months. And it will almost assuredly see its share of refining over the years. But it is considerably better than the alternative.

“It has gotten better,” Nikki says of the way the couple divvies up household chores. “But at first, I would start throwing my stuff to the side too until he got frustrated and said we had to clean.” Those passive-aggressive tactics did not last very long as the Sanfords began to get the hang of things quickly.

“We depend on each other,” Parker says of where he and his bride are now, less than six months into their life together.

“Cooking, it just depends on who is here. He grills. I bake,” Nikki says. “It shows that he cares. He might not like to do it, but he helps because he knows it makes me happy.”

The approach has served them well thus far as they have learned how to rely upon one another’s talents to handle the mundane activities. Nikki is the bargain shopper. Parker avoids going to the store. Nikki is good with budgeting and Parker is pretty reliable when it comes to making sure the bills get paid.

A similar level of communication and compromise has gone into the decor of the couple’s home, which features a lot of browns and earth tones in the living room.

“This is rustic and we both like rustic,” Parker offers. But as they ready to move into a new house, Nikki hints that a slight change may be in the works.

“He likes dark colors, but I get depressed when I walk in. so I am going to have to get some lighter colors,” she explains, acknowledging Parker’s fondness for earth tones. “I’m doing brighter earth tones. It is still going to be brown, just lighter.” As new challenges come there will inevitably be more disagreements and more compromises. But that is okay with the Sanfords.

“I think it is 50-50,” Parker says. “But it is not really a loss either way because you are making the other person happy.”

And in the end that is genuinely the entire focus for Nikki and Parker, making the other person happy. So they compromise and give in when necessary. And, more than anything, they make time together.

“I know she has to put up with a lot more than I do because not everybody has to get used to somebody walking in at 6:30 in the morning and saying ‘Goodnight,’” Parker, who works swing shifts at RockTenn says. “We always try to make some time. If I’m working midnights, I’ll try to go have lunch with her.”

“We do hobbies and stuff together,” Nikki says. “We find stuff to do together.”

Maybe it is because they dated for so long – three years consistently prior to the wedding. Or maybe it has to do with the fact that they have known one another most of their lives.

Whatever the contributing factors, it is clear that Parker Sanford and the former Nikki Mackey have figured something out. And the evidence is written all over their faces. • 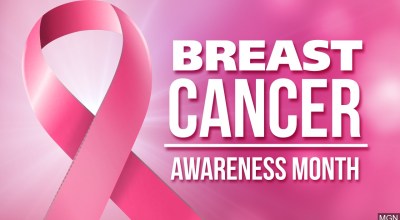