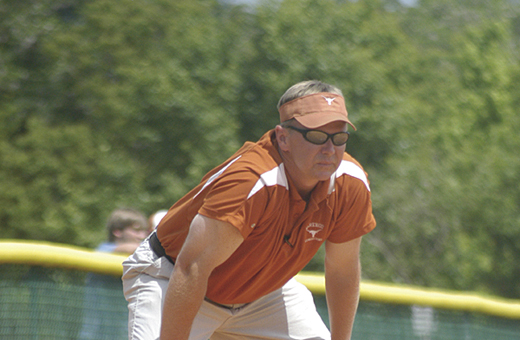 File photo -- Todd Mathis won AISA Coach of the Year honors from the ASWA before moving to Demopolis High for the 2011 season.

One of the worst kept secrets of the summer became public knowledge Monday when the Demopolis City Schools Board of Education voted to approve Todd Mathis as the new coach of DHS softball.

His acceptance of that offer means he will leave Marengo Academy, where he guided the school to its first fast-pitch state title earlier this year. Mathis also earned AISA Coach of the Year honors from the Alabama Sports Writers Association for his 2010 accomplishments.

The move is one that had been up in the air for the past few months as administrators at Demopolis worked to find a faculty coach to take part in the program.

Monday’s vote by the board indicated Wes Byler would be the official head coach of the program. However, Byler has declined that post.

Regardless of who ends up working alongside him, Mathis has embraced the challenges that accompany his shift from the AISA to AHSAA, Class 5A softball.

“I don’t think it will be a lot different,” Mathis said. “I have some friends that watched both (Class 5A and the AISA) and said that the Marengo team from last year could have competed with anybody.”

Mathis helped build the MA program into a perennial power, beginning his work with the team in the local Dixie Youth league and on travel ball teams before ultimately assuming the head job for the varsity team.

But Mathis knew several months ago that the 2010 season may have been his last. His youngest daughter graduated in May, severing one of his strongest ties to the program.

“I honesly thought, ‘Well, when it’s over, it is time for me to step out of the way because it is somebody else’s turn,’” Mathis explained. “Nobody (at Marengo Academy) made me feel that way. They wanted me to stay. That made it hard.”

Mathis, who was initially approached by a friend who happens to be a booster for Demopolis softball, struggled with the decision for months before eventually agreeing to accept the DHS job.

“That was the hardest part was telling (the Marengo Academy players),” Mathis said before adding that the state of the MA program made his decision easier. “They are OK down there. If I thought, or anybody down there though, that leaving was going to hamper or hurt that program, I wouldn’t have done it.”

Comfortable with the state in which he was leaving the MA program and eager to face the obstacles that awaited in Demopolis, Mathis made the move. He began working with the DHS players a few weeks ago as he prepared for the outcome of the BOE vote.

“My goal first year is to get to state,” Mathis said. “Anything else is failure. By second year, of course that is your goal.

“My goal is to be competing at the state level immediately. If we shoot for anything less than making it to state the first year, we’re setting our goals way too low.”

The first step to achieving that goal is analyzing and maximizing talent. Thus far, Mathis is largely pleased with the talent in the Demopolis program.

“(Demopolis has) some good, talented kids. They’re hungry. They are soaking things up,” Mathis said. “I feel good about it. I think we’ve got a chance to be good.”

The Demopolis program has made a run into regional play each of the last two seasons. The next step for the team would be advancing beyond the regional tournament.

The formula for achieving that, Mathis admits, will look a lot like the one used to build up the Marengo Academy program.

“I’m just trying to copy what we did (at Marengo Academy),” Mathis said. “There are athletes (at Demopolis High) to work with. And we’ve got good coaches here.”

Exactly what the on-field product will look like remains a bit of a mystery. In 2009, Mathis’ varsity team was stocked with power hitters who were notorious for driving the ball. That team finished as state runner-up.

In 2010, MA lacked power hitters and relied more on speedy players who often slap hit and then forced the issue on the basepaths.

“I think we might be a cross between the two,” Mathis said. “We’ve got some good speed. We’ve got some people who can poke it. We may change up during the game.”

Mathis will also test his team with the toughest schedule he can assemble, a tactic those associated with the DHS program know well as outgoing head coach Joey Browder frequently loaded the regular season docket with imposing opponents.

“I want to schedule as tough of teams as possible,” Mathis said. “The record might not be good, but we might be.”

The board also voted Monday to approve one of Mathis’ top assistants when it decided to allow 2008 DHS graduate Brandi McGee to join the coaching staff.

“She’s going to be handling all the pitching stuff,” Mathis said. “She understands what the girls are thinking. So she’ll be able to offer insight there. She knows the area and the girls. That is a big plus.”

McGee should go a long way toward helping Mathis establish the continuity he feels is vital to the program’s success.

“I don’t know if we can replicate that family atmosphere up here (like we had at Marengo Academy), but I hope we can,” Mathis said. “It takes everybody pulling together to be successful.”

File photo -- Todd Mathis won AISA Coach of the Year honors from the ASWA before moving to Demopolis High for the 2011 season.