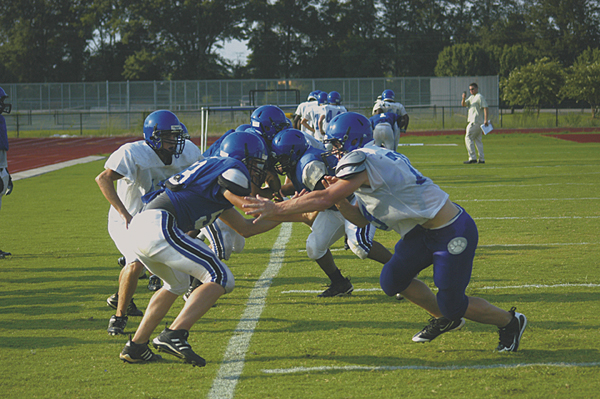 Last year’s occasion allowed for the introduction of the Demopolis High School band, cheerleaders, dance line, coaches and players. The 2010 addition promises to do much of the same as well as allowing more time for interaction between players and community members.

“What we are trying to do is do something more for our fans and community,” Demopolis High head coach Tom Causey said. “It is about having more of a family atmosphere for kids. With school starting back next week, we want to get them out here, get them excited about football.”

Held at Demopolis High Schoo’s Tiger Stadium, the gates for Fan Day will open at 5:30 p.m. This year’s event will have a number of different options for visitors including games and activities for kids. Fleming Photography will also be on-hand to do pictures with those wishing to have their photo taken with one of the DHS players. Ceremonies are scheduled to begin shortly thereafter.

Causey and his staff are also preparing for Monday’s Football 101 class for women. The event is designed to allow attendees the opportunity to learn more about the game with Causey and Tiger coaching staff. Those attending will also be given a T-shirt for to commemorate their involvement with the initiative. Cost for the class, which will take place at 6 p.m. Monday at Demopolis High, is $25.

But in the midst of all the happenings, Causey’s crew is saddled with the task of replacing most of its defense and receiving corps while readying for an Aug. 20 Jamboree rendezvous with Sweet Water and an Aug. 27 regular season opener at Briarwood Christian.

“We’re never where we want to be. We’re young and we’ve got a long way to go,” Causey said. “This time next week we’ll have a better idea of what kind of people we’ve got.”