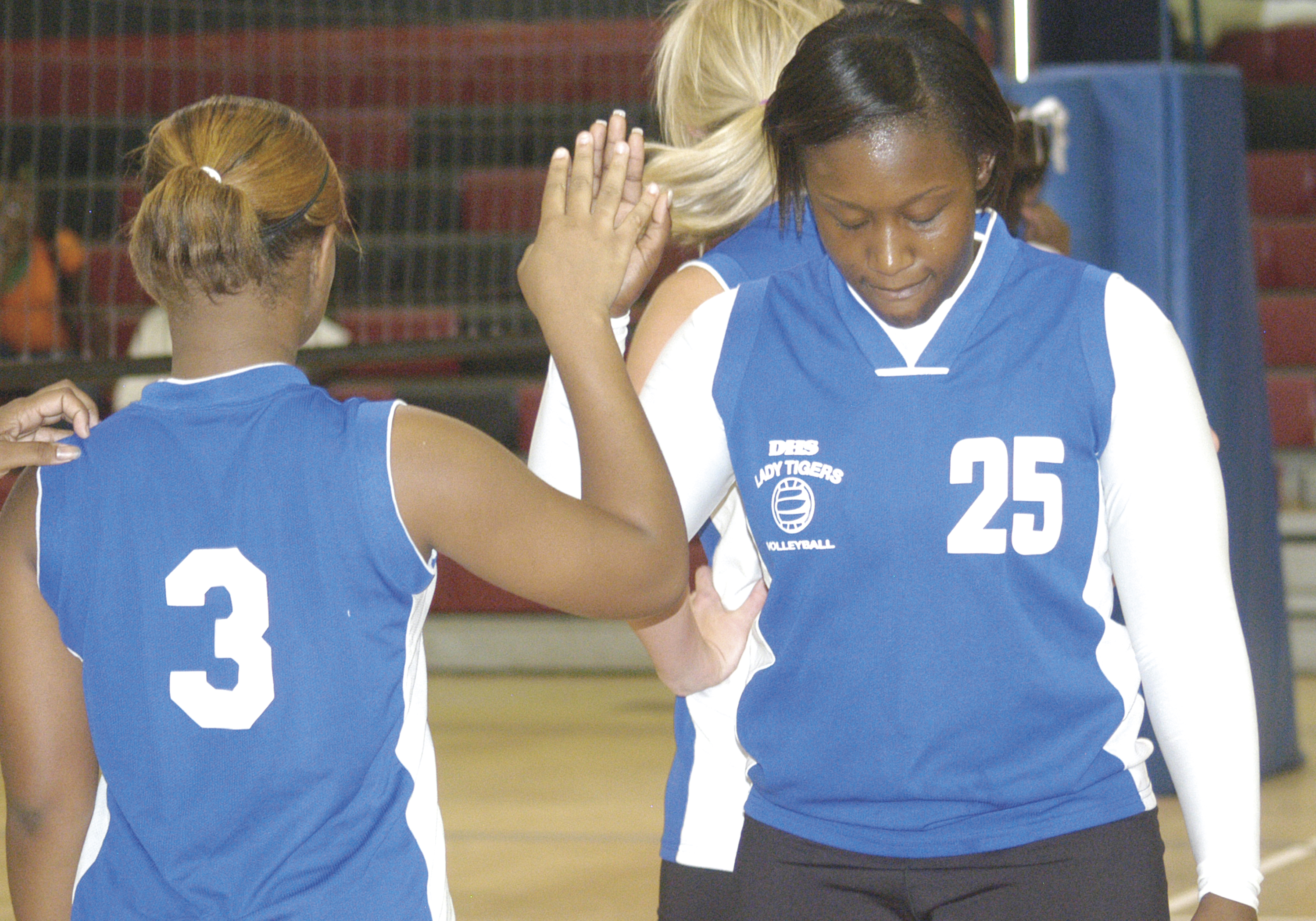 GREENSBORO — Demopolis (1-1) struggled to find its rhythm early before watching a late rally fall short as it was swept by the Lady Pirates in three games Thursday night. The Lady Tigers failed to find their serves early and often had no response for an intensely attacking Greensboro team as they lost each of the first two games by a 25-10 score.

“They just didn’t communicate and they were taken a little off guard by Greensboro’s aggressiveness at the net,” Demopolis head coach Blythe Martin said of her players inability to find continuity during the first two games.

The bigger obstacle faced by the Lady Tigers was the service struggle. When Demopolis rallied to break Greensoboro’s serve it most often could not respond with consistency of its own, handing the advantage immediately back to the Lady Pirates.

“I”m going to have to sub in girls that I think are more consistent,” Martin said of her strategy in approaching Demopolis’ service issues. “The girls have to make serves they know they can handle. If that means serving underhanded instead of overhanded, that’s what that means.”

While most of the Lady Tigers struggled to find their stroke, Keona Branch never lost hers. Branch proved the team’s stalwart, perplexing Greensboro with a low, slicing underhanded serve that kept Demopolis in the match for sustained intervals.

“We were able to get a few runs going when she was serving,” Martin said. “It helped us to be able to stay in the game. She was the one that would either close the gap for us or take us ahead.”

Branch also came up with a number of big plays on the floor and near the net, turning in a handful of kills that sparked Demopolis rallies. But it was her serving consistency that really fueled a game three run which nearly ended in prolonged life for Demopolis.

“I think the thing that helps her the most is she is confident in her serve,” Martin said. “I’ve got a lot of girls that aren’t confident yet and that affects it.”

Demopolis took an early 7-1 lead in the third game behind Branch’s serving ability. Once Greensboro broke the streak, a back-and-forth battle ensued that ultimately saw Martin call a timeout with her team trailing 21-20. The Lady Tigers emerged from that stoppage with a seemingly renewed focus. Demopolis trailed 24-23 and faced a match point serve from Greensboro. After coming up with a rally killer, the Lady Tigers had their own chance to win the third game when Tee Perkins stepped up to serve.

“She wants to be on the court in the middle of the action and she is going to make sure she comes through,” Martin said of Perkins. “She’s intense. She was going to get those serves over and she was going to play every inch of that court it that is what the team needed.”

Perkins dropped in three consecutive serves to give her team a chance. Leading 25-24, Branch made a leaping kill at the net for the apparent game winner but watched Greensboro take over the serve when she was called for getting into the net. The flurry proved the last ditch effort for Demopolis, who went on to lose 27-25 in the final game.

“You always learn more when you lose than when you win,” Martin said. “I hope (Thursday) fires up my girls for Monday and Tuesday.” The Lady Tigers will host area foe Greenville Monday before traveling to Selma for another area game Tuesday.