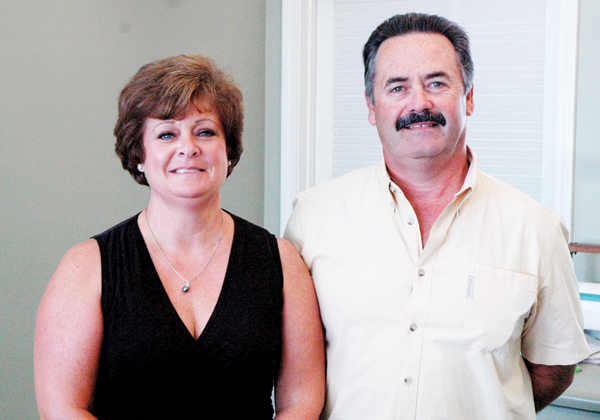 Don and Ivy Lowe made an unusual trip for the Labor Day Weekend. They went to Orange Beach, but they didn’t make the drive — they took the boat.
The trip marked the first time that they boated from Demopolis to the Gulf, although they had made one trip from the Gulf to Demopolis before this.
“It’s relaxing,” Don said about riding the river. “It’s a peaceful time. I feel like my blood pressure goes down 30 or 40 points on a boat.
“We ran (the boat) up here to keep it away from the oil, and we’ve enjoyed having it up here, but it was time to bring it back down there.”
The Lowes usually keep their boat at a marina at the Gulf.
Making the trip down were Don and Ivy and their daughter, Nicole. Before making the trip, Don talked about the itinerary.
“Our plan is to eat lunch at Coffeeville,” he said. “It’s a 100-mile trip to Bobby’s Fish Camp. From there, through the Coffeeville lock, it’s a nice, slow 8 to 10 miles an hour.
“The scenery really changes after you get through Coffeeville. As you get further below Jackson, it flattens out into marshy-type land, and the tidal effects affect the water. We’re just going to have a nice, relaxing trip and enjoy it.”
Don said that, if the beach is crowded, they will take his boat out into the Gulf.
“We might go out until the condos look like they’re a matchbox on the horizon,” he said. “Then, we’ll shut the motors off and drift just for the peaceful quiet, relaxing time. Or, we may ride to Florida to eat.”
The Lowes will be riding a Searay 320 Sundancer measuring 35 feet from stem to stern.
“We’ve been wanting to do this for 30 years,” Ivy said.
With the completion of the Tennessee-Tombigbee waterway in 1985, people from Demopolis could drive their boats northward to the Tennessee or Ohio rivers. Cruise ships have stopped at Demopolis making the trip from the Gulf to Chicago.
It is a fascinating super-waterhighway that can bring you to cities and sights that you can’t see by car. Don Lowe and his family took advantage of such a trip last weekend.