Adams named Player of the Week 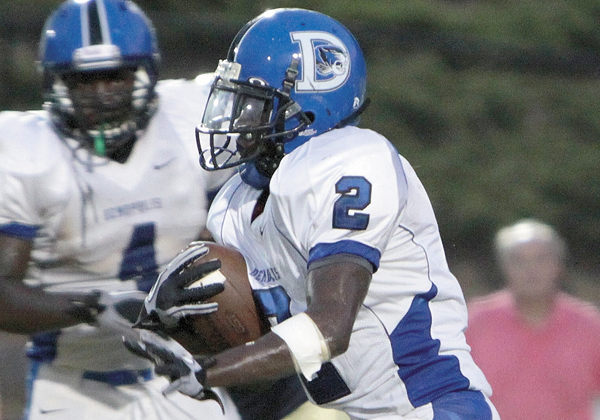 Kiandre Adams is not an unfamiliar name for followers of Demopolis football. He made his share of plays during the Tigers’ 2009 state title run. But, entering 2010, Adams’ yoke was sure to become greater after the mass exodus of defensive backs and special teams players brought about by graduation.
Adams took those responsibilities head on Friday night with a career performance against region rival Chilton County.
The diminutive DB showed his aggressiveness and physicality in run support, leading the team in tackles with seven total stops. He also climbed the ladder to pick off a pass late in the second quarter.
But, as impressive as his defensive contributions were, his greatest value may have come on special teams. Adams ignited a second quarter touchdown drive when he fielded a punt on his own 1 and returned it all the way to the Demopolis 43. Then he threw the first haymaker of the second half when he returned the opening kickoff of the third quarter 80 yards for a touchdown.
Adams has had big things asked of him and Friday night provided the greatest evidence to date that the senior is capable of answering the call.