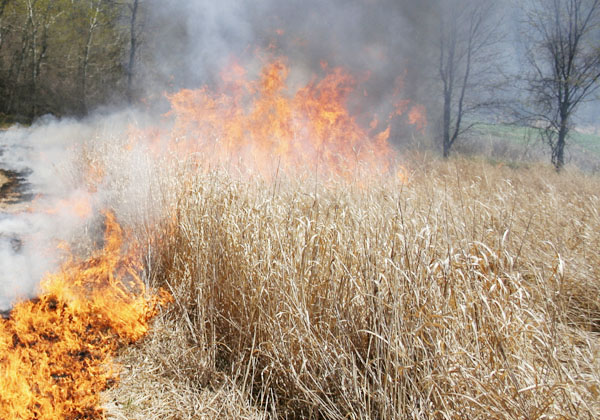 More than 400 wildfires have been reported statewide in the last four weeks.

The Alabama Forestry Commission on Thursday issued a statewide fire alert because of extremely dry conditions.
“During a fire alert, that limits the amount of burn permits that are given out,” said AFC forest ranger specialist Billy Carlisle. “In the past 30 days, we have had 459 wildfires statewide, burning approximately 4,743 acres of land.
“I know that, in Marengo County alone, we have had in the last two weeks five fires that totaled over 300 acres. These fires were in several different areas.”
Demopolis Fire and Rescue Department chief Ronnie Few had spoken with Demopolis mayor Mike Grayson on Wednesday about the potential for brush fires under recent dry conditions.
“We are not giving out any burn permits in the city right now,” Few said. “All residents of the city need to be aware that they do not need to be doing any burning outside because of the dry conditions that we are going through in the city.
“We will make an announcement when conditions are better to allow people to go back to burning, but as of yesterday, we have stopped issuing burn permits. We want to prohibit anybody from doing any outside burning. We also want them to be very careful even if they are using any outdoor grills. They need to keep a water hose very handy.”
Linden fire departments were alerted on Tuesday to two small brush fires along Main Street that were extinguished before they could grow or spread. It was said that some Marengo County fires have been started by trailers scraping the road, causing sparks to fly into the brush along the shoulder.
“That’s a problem,” Carlisle said. “With the price of scrap metal going up, people will take any means they can to haul that, and a lot of times, it’s on older equipment, and they may cause sparks to fly up from the road.”
Weather forecasts are calling for a chance of rain during the weekend, but right now, grass is very dry and susceptible to fire.
“These are very dry conditions,” Few said. “We are watching the grass brown quite a bit, and we wanted to make all of our residents aware that we do have a drought in our city. If there are any violators, we will have to ask them to extinguish it.”