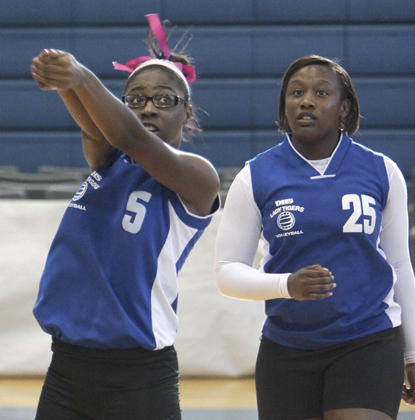 “The girls now know that they can win. And they know what it takes now to win,” Demopolis head coach Blythe Martin said of her team’s two-game streak. “I’d rather end like this than start out the season winning a lot. We’re going into the area tournament on a winning streak and pumped up and excited. And it also sets the tone for next year and where we want to take the program.”

The two victories pushed Demopolis’ win total to three on the year, but ended an eight-match losing streak that began in August.

“They have a positive outlook on the way the area tournament can go,” Martin said. “They know they have the same opportunity as any of the teams we’re playing against to come out as area champs.”

More than anything, Martin said her team has improved down the stretch; something the first-year head coach finds particularly encouraging.

“They’ve gotten better at playing the game and working together,” Martin said. “Communication was a big problem in the beginning, calling the ball. And now it has become something that all the girls are aware of. They’ve built trust with each other. And that makes the biggest difference.”