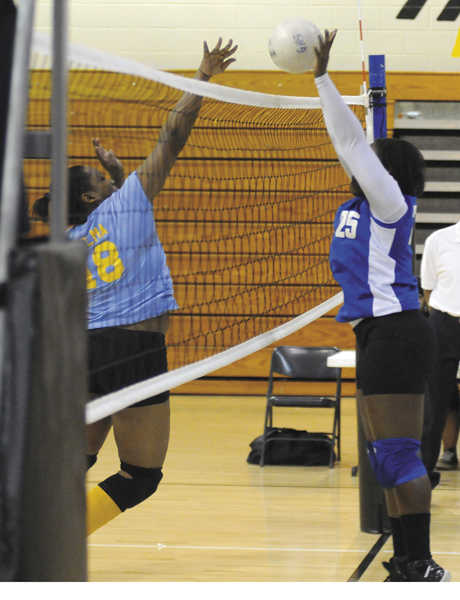 GREENVILLE — The Demopolis Tiger volleyball team’s season is officially over, after being bumped from the area tournament by Selma Tuesday.

Despite losing the first two games, the Tigers gave Selma a run for its money for the match, starting in the third game.

The Tigers trailed the entire game, until they managed to grab a 20-19 lead. From there, Selma had no chance to score before Demopolis took the game, 25-19, escaping elimination.

“We started a little slow and sleepy, but they really woke up the third and fourth game,” said Demopolis head coach Blythe Martin. “We aren’t going to get to go to regionals, but it just sets us up for something good next year.”

The Tigers dominated the better part of game four, leading the entire match by a four to five point margin. They finished ahead 25-21 to push the meeting to a fifth game.

Despite playing a close game, the Tigers were never able to grab the lead in the fifth game, eventually losing 13-15.

Martin said Tuesday was an emotional night for her five seniors.

“The ones who didn’t really love volleyball when we started have grown to love it,” Martin said.