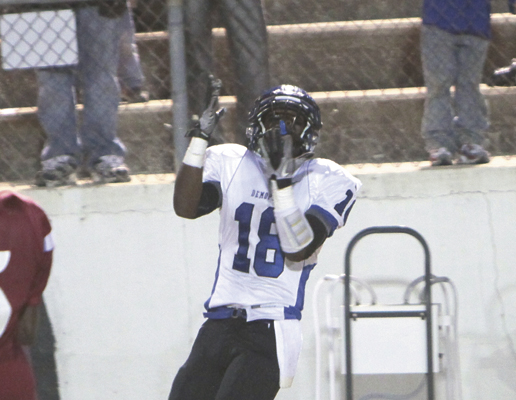 Demopolis head coach Tom Causey has said all season long that Selma was a much improved team under new head coach Leroy Miles. Last Friday night the Saints proved him right when they downed Greenville 31-28.

Even though Miles was only 14-36 in five seasons as a head coach at Southside Selma, he has managed to breathe new life into a Saint program that is 6-2 heading into Friday’s Homecoming matchup at Demopolis.

“Every area of the game,” Causey said of the Saints’ improvements. “They are better on offense, defense and in the kicking game. They look better physically. They are a dang good football team and on the verge of being a really, really good team.”

While Demopolis has clinched the Class 5A, Region 3 title, Selma is locked in a three-way tie for second place and would cement itself a playoff spot with a win over the Tigers.

“I think anybody we play in region is dangerous,” Causey said. “And these guys are no exception.”

Against the Saints, the Tigers will see a 4-3 defensive front that Causey said is effective because of Selma’s execution and athleticism.

DHS will also work to slow a versatile offense stocked with athleticism.

“They’re extremely talented at just about every position over there,” Causey said.

His team will also be contending with the customary distractions that accompany Homecoming festivities.

“We have to be an extremely focused team and not let the distractions play into our preparation,” Causey said. “No doubt the game is the most important part of Homecoming.”

Selma is the final region opponent of the year for DHS, who is unbeaten in Region 3 play. Demopolis will get its chance to run through region play undefeated Friday at 7 p.m.