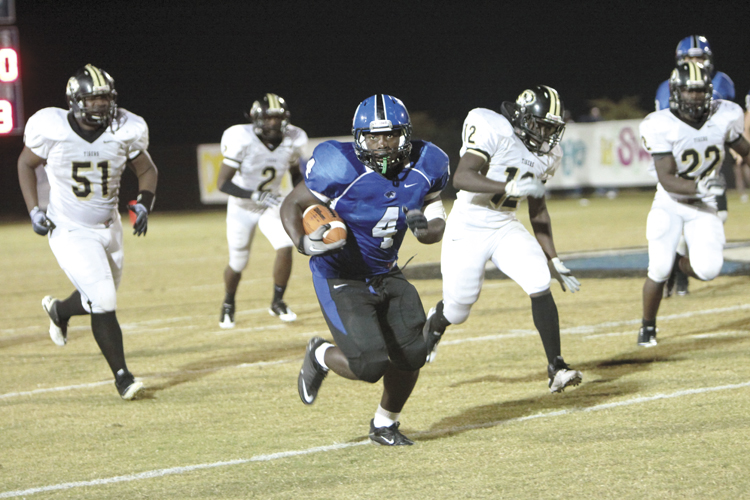 “They are explosive,” Causey said. “They are probably playing in one of the best regions in the state.”

Fairfield finished its season at 7-3, with all three of its defeats coming to Top 10 region foes McAdory, Pleasant Grove and Hueytown.

Demopolis will be faced with a talented Fairfield defense.

“They’ve got two great defensive tackles and two great safeties,” Causey said. “They play a 4-3 and they do a great job of creating turnovers.”

Turnovers were the Tigers’ biggest problem last week against Hillcrest-Tuscaloosa, a game in which DHS turned the ball over five times. The Tigers will need to take better care of the ball in order to win this week. It would also help if DaMarcus James, whose injuries are still limiting him, can play Friday night.

“Obviously he is the leader of our football team and when he is not out there, there is an element missing,” Causey said. Still, the fourth-year DHS coach acknowledges that last week’s failures were not due to James’ absence.

“What we didn’t do Thursday night when he wasn’t playing, I don’t think it had anything to do with him not playing,” Causey offered.

Demopolis and Fairfield will kickoff Friday night at 7 p.m. at Tiger Stadium.