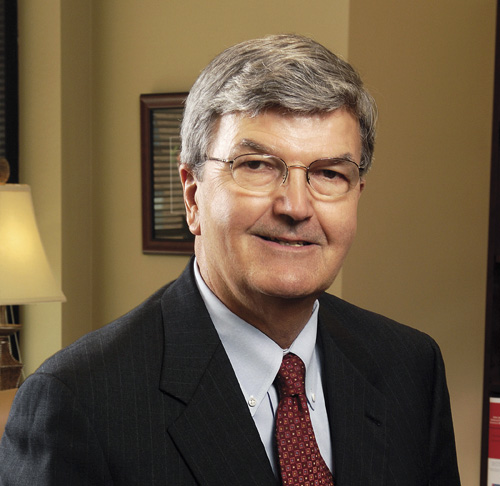 BIRMINGHAM –  University of Alabama at Birmingham Comprehensive Cancer Center Director Edward Partridge, M.D., a renowned women’s cancer doctor and leader in the fight to reduce race- and ethnicity-based cancer disparities and native of Demopolis, has been named president of the American Cancer Society (ACS) National Board of Directors for 2010-11.

Partridge was elected to lead the board at the ACS’s annual meeting this week in Atlanta. The ACS National Assembly and National Board of Directors, comprising elected volunteers since the organization’s inception in 1913, are the primary governing bodies of the ACS, the nation’s largest voluntary health organization.

“As director of the UAB Comprehensive Cancer Center and a long-time American Cancer Society volunteer I’ve had the opportunity to experience first-hand the incredible work the American Cancer Society does to save lives and fight cancer,” Partridge said.  “I am especially proud of the work we have done to reduce cancer disparities. It will truly be a privilege and honor to lead the ACS this year as we work together to save even more lives.”

Partridge is chair of the cervical cancer-screening guidelines panel for the National Comprehensive Cancer Network. He also is the principal investigator for the Deep South Network for Cancer Control, a National Cancer Institute-funded project focused on training, data-gathering and educational outreach in 22 counties of the Alabama Black Belt, the Mississippi Delta, urban Birmingham and Hattiesburg and Laurel, Miss.

“The UAB community is very proud of Dr. Partridge for taking a national leadership role in the fight against cancer,” UAB President Carol Z. Garrison said. “At UAB, Dr. Partridge’s leadership is readily apparent, from growing research funding by 41 percent in just three years, to initiating a landmark renovation to the Wallace Tumor Institute to decreasing cancer disparities throughout the region. I’m sure his impact on a national level will be equally successful.”

Partridge is a longtime volunteer for ACS and has served in numerous capacities for more than 30 years, including chair of the Mid-South Division. He also is a former chair of the Commission on Cancer for the American College of Surgeons and a past president of the Jefferson County Medical Society, Alabama Society of Clinical Oncology and Alabama Chapter of the American College of Surgeons. Partridge won the Birmingham Business Journal’s 2009 Health Care Heroes physician provider award.

Partridge is a native of Marengo County and a graduate of the UAB School of Medicine. He completed his residency in obstetrics and gynecology at UAB and joined UAB as an instructor in 1976.

He later became director of the UAB Division of Gynecologic Oncology and was named to the Margaret Cameron Spain Chair in Obstetrics and Gynecology in 1999. Partridge now holds the Evalina B. Spencer Chair in Oncology. He has directed the Comprehensive Cancer Center since 2007