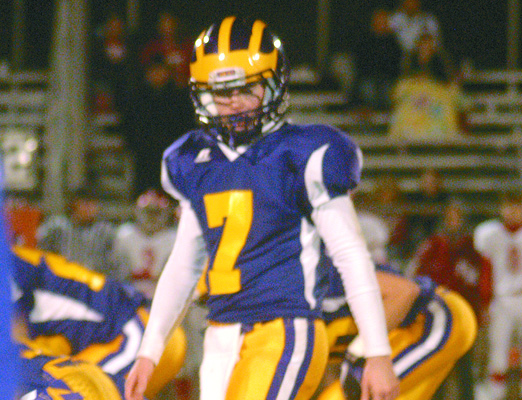 SWEET WATER – The Sweet Water Bulldogs (8-4) set the tone early in their first round playoff romp over Pleasant Home Friday night. The game was hardly as close as the 48-0 skunking would indicate.

The Bulldog defense was relentless all night and didn’t allow the visiting Eagles to cross the 50 yard line until the second half; a feat Pleasant Home would only accomplish only twice all night.

It took the Bulldogs only four plays on their first offensive series to seize a lead they would never relinquish. Junior tailback Terrence Sewell scored from 12 yards out a minute and a half into the game.

Four minutes later sophomore Deon Waters found the end zone from 19 yards out to give the home-standing Dawgs a 14-0 lead. Waters dealt the Eagle defense fits all night, amassing 122 yards on 11 carries on the ground.

With three minutes left in the first, Sewell found the end zone for the second time, putting Sweet Water up 20-0.

As the clock ticked over to the second quarter, the door to the woodshed swung wide open.

On the opening play of the second quarter sophomore quarterback Brett Davis rumbled for a 37 yard score go put the Dawgs up 27-0 and with 39 seconds left in the half, Sewell notched his third score of the night, this time on a 24 yard run to give Sweet Water the 34-0 halftime edge.

The second half was more of the same with Davis hitting the endzone for the second time on a three yard run and freshman Daniel Sewell scoring the game sealing final touchdown from four yards out.

The Bulldog defense allowed only 96 yards total offense on the night.