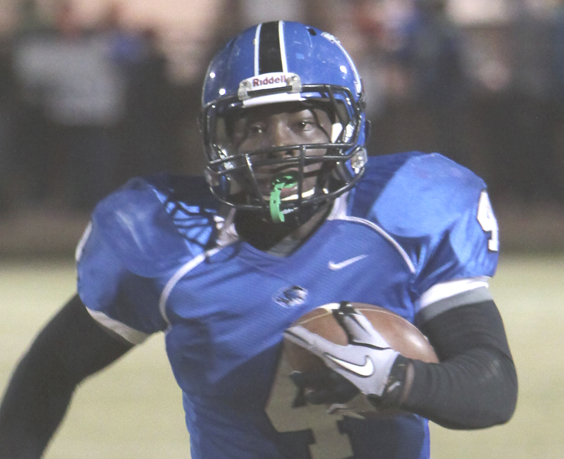 After downing Fairfield last week in round one, Demopolis earned the right to host Hueytown (10-1) and heralded quarterback Jameis Winston in the second week of the Class 5A state playoffs.

“He’s 6-4, 190, big guy, got a strong arm,” Demopolis head coach Tom Causey said of the dual-threat Gopher signal-caller. “Folks are recruiting him for a reason. he’s got good receivers to throw it to and he’s got a dang good running game.”

But as formidable as Winston is, the Gophers’ best, or at least most dangerous, player just might be on the other side of the ball.

“They are a 3-4 base (defense). They’ve got a noseguard that’s got 110 tackles on the season and has got 11 sacks,” Causey said of a defensive lineman that will probably have a lot of say into whether or not the Tigers make the third round of the state playoffs.

As tough as the challenge ahead of them may be this week, Causey and his team have much about which to be excited after what the fourth-year Demopolis coach believes may be among the squad’s best efforts of the season.

“That was probably the best defense we’ve played all year except for the last five minutes,” Causey said. “We had the goal line stand early and the interception down near the goal line to end another drive in the second half.”

One of the chief differences in the Demopolis defense between last week and the games leading up to the playoffs, in Causey’s estimation, was intensity.

“Those guys came out with a lot of energy and excitement and were ready to play,” Causey said.

That intensity helped the Tiger defense hold Fairfield to 28 yards rushing on 25 carries. Demopolis also held the Fairfield passing attack largely in check until late in the game when a pair of coverage lapses allowed the Purple Tigers to rack up more than 100 yards and two quick scores.

The Demopolis offense also found its stride on the ground after a week in which it struggled against Hillcrest-Tuscaloosa. The rushing attack saw DaMarcus James lead the way in his return to action, accumulating 227 yards and three touchdowns on 20 carries while also throwing for another score.

However, it was quarterback Ben Pettus’ willingness to call his own number on option plays that opened up the ground game. He accounted for 124 yard s on 13 carries, the biggest rushing total of his career, to help the Tigers to 397 yards on the ground.

The Tigers’ success Friday will likely hinge on their ability to replicate, or at least come close to, those effort. But Causey said one of the biggest factors in determining the outcome could well be an intangible one.

“We’ve got to have it,” he said of the team’s need for the support of the home crowd. “We need our students there. We need our fans there, jumping up and down. Every game for the rest of the season it is huge. Hueytown being on the road for the first time this year, we need to have a hostile environment when they get here. Get here early and be loud.”

The Tigers and the Gophers kick off at 7 p.m. at Tiger Stadium.

Player of the Week: Deonte Washington