Tigers look to close at home on high note 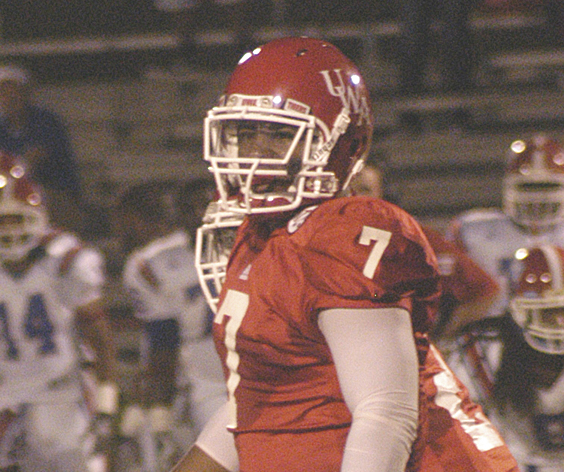 LIVINGSTON — Even off of difficult back-to-back road losses, one of which featured a fourth quarter collapse against North Alabama last week, the Tigers are in a better position than they have been in recent years.

UWA (6-4, 4-3) heads into Thursday night’s game against Valdosta State with the knowledge that it could be the final contest in red and white for a number of talented seniors like quarterback Deon Williams, who last week became the school’s all-time leading passer. But the fact the team has a chance to get to 7-4 this week is the very thing head coach Bobby Wallace believes should make his team proud.

“We don’t need to lose sight that we’ve got the opportunity to win seven games, which until last year had not been done in 35 years here,” Wallace said. “It has meant a lot to the program and the fans to know that you can win at West Alabama and you can go to every game with the hope of winning. Those are things that had been lost throughout the years. This group of seniors, Deon being one of them, has brought this program back to respectability.”

Williams, who also holds the school record for total offense, last week helped receiver Gerald Worsham become second in school history in total catches. That tandem, along with the rest of the Tiger squad will look to at least go out on a high note Thursday with a win over Valdosta State. If they can do that, and get enough help, the Tigers just may live to fight another day.

“We’ve got to win Thursday night and have some help in a handful of games,” Wallace said. “We went into the last game last year not really expecting to get in and we got in. So you just never know.”

The Tigers were in a similar spot in 2009 when they upset North Alabama in the final week of the regular season and worked their way into the playoffs for the first time in more than three decades.

An encore performance this time around means toppling an equally vaunted Valdosta team.

But for UWA, who had UNA on the ropes before a mishandled punt sparked a 20-point collapse, the most important thing just might be getting back on the field and doing it at home.

“Anytime you lose you like to get back on the field. It has been a tough couple of weeks,” Wallace said. “We’ve won the last eight games at home against GSC opponents. So that tells you what it means to be at home.”