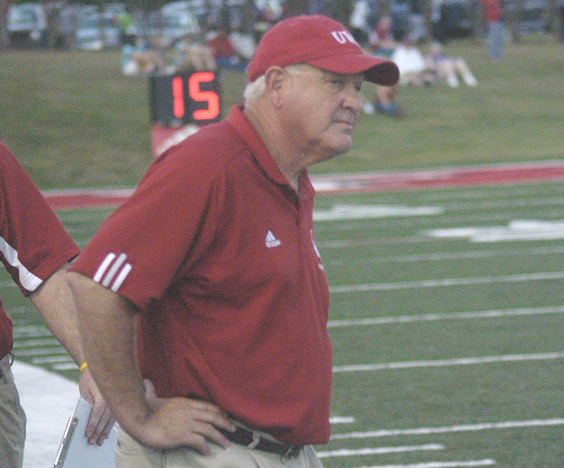 LIVINGSTON, Ala. – West Alabama head football coach Bobby Wallace has announced his retirement from the UWA football program after five years at the helm. The retirement will be effective at the end of the season and concludes an extraordinary career that includes three national championships and seven playoff appearances.

“I really can’t put into words how much Sharon and I have enjoyed our five years at West Alabama,” Wallace said. “With the help of many people, we are very proud of the direction in which the football program is headed at UWA.”

In his five seasons at UWA, Wallace has guided the Tigers to three winning seasons and the program’s first NCAA Division II Playoff appearance in 34 years. UWA finished the 2009 season with an 8-5 record – a season that featured the most wins since 1975, eight All-GSC honors, wins over nationally-ranked Delta State and at No. 1 North Alabama, and an NCAA First Round Playoff victory at Albany State. UWA posted a 5-1 record at Tiger Stadium – the best home mark since 1985 – and tallied the most wins over GSC opponents since 1981 with six.

“Bobby Wallace has established himself as one of the greatest coaches in Division II, and we cannot begin to express our appreciation for him bringing his talents to the University,” said UWA Director of Athletics Dr. E.J. Brophy. “It has been a great honor having Coach Wallace in Livingston for the past five seasons.”

Wallace’s first head coaching stint came in the GSC when he was the head coach at the University of North Alabama from 1988-1997. During his time at UNA, he led the Lions to three consecutive national championships from 1993-1995 as his squads finished with an overall record of 41-1 during the course of those three seasons. The 1995 team was selected as the “Best Team of the Quarter Century” in Division II, and under Wallace’s tutelage linebacker Ronald McKinnon became the first – and to this point the only – defensive player to win the Harlon Hill Trophy.

Wallace also led UNA to Gulf South Conference Championships during the 1993-1995 seasons, while his Lions also qualified for the NCAA Division II Playoffs six times during his tenure in Florence. Over his 10 seasons guiding UNA, he compiled an overall mark of 82-36-1, and he also produced a total of 12 National Football League players.