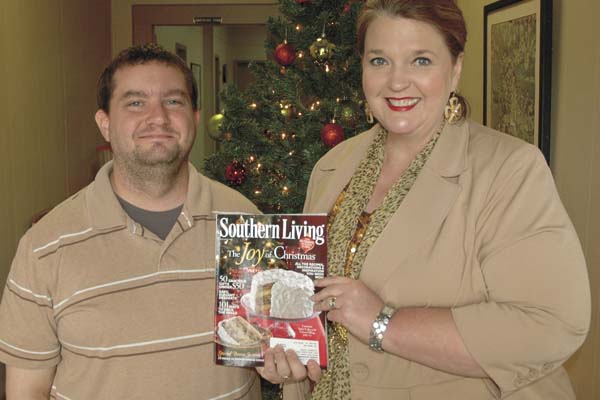 LINDEN — The event is only in its third year and yet the annual ChiLLy Fest celebration has made the pages of Southern Living magazine.
“That is a huge deal for the little bitty town of Linden,” Mayor Mitzi Gates said. “You can’t buy that kind of publicity.”
Linden is named among the magazine’s calendar of events for Alabama, an opportunity that arose just weeks ago when Southern Living called Linden City Hall.
No one is entirely sure how it came about, but Linden is not looking the proverbial gift horse in the mouth.
“It was like the biggest Christmas present in the world when we opened that magazine and there we were,” Gates said.
Linden’s top lady is confident the opportunity came about thanks in large part to the work of Bruce Ward, the city clerk and event coordinator who worked to get ChiLLy Fest listed in Alabama’s Events magazine earlier this year.
“We are just very excited,” Ward said. “It was one of those things you just never expect to happen. They were asking about the Alabama events catalogue. I assume they saw us in there because I hadn’t called them.”
The feedback around town since ChiLLy Fest’s major magazine debut has been overwhelmingly positive.
“Very positive, just excited. Hopefully it will only make it grow even more,” Ward said. “Everybody is excited about the parade. I’ve already got several entries for the parade. I’ve got eight food vendors and several arts and crafts vendors, so that has already grown from previous years.”
Linden’s ChiLLy Fest kicks off Friday, Dec. 10 at 10 a.m. with a historic marker dedication.