Family puts bowl bragging rights on the line this year 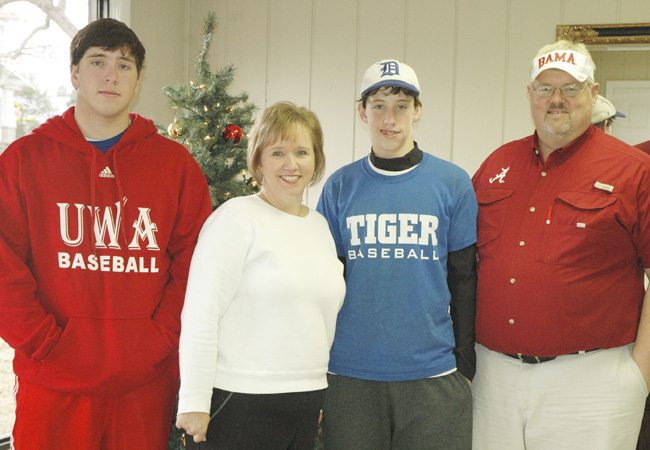 Football during the holidays can be tough to watch.

Teams with barely winning records squaring off in the farthest reaches of the country in their post-season reward games.

But the Oates family will be acutely tuned in, regardless of how lopsided the score gets or the teams involved.

There’s bragging rights on the line. And cash.

Kathy, Frank, Tyler and Trey Oates have their sights set on a cash prize thanks to a family, friendly wager.

“Trey got online and printed off the bowl schedule and told us all to fill it out and pick the winners,” Kathy said.

Dad, Frank, decided to make the contest a little more interesting, spiking the pot with $100 cash. An additional $50 prize will be awarded to the winner of the national championship games.

Once the ballots were complete, the contest was on.

There are 35 bowl games this season and early on, the eldest son – whose idea it was to embark on the contest – finds himself behind the eight ball.

With three bowl games already in the books as of Tuesday, there’s a three way tie at the top between Kathy, Frank and Tyler.

“It makes watching the game more exciting,” Kathy said. “Trey was hunting the other day and texting us from the tree stand to let us know BYU had won.”

In the family wager, each correct pick is worth a point.

In the national title game, the family opted out of the traditional “pick a winner”, electing to go with a 10-square grid format commonly found in office pools.

Aside from the additional $50 on the line, the national championship game holds another significance for a family of Alabama fans, who each picked Auburn to win the BCS Title.

“I’m pulling for Oregon but I picked Auburn,” Trey said.

“It killed me to mark Auburn (as the winner),” Tyler added.